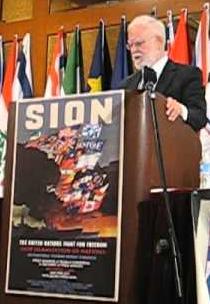 The Wall Street Journal has seen fit to publish an article by Lars Hedegaard, the notorious Danish Islamophobe, who was recently targeted in an assassination attempt.

Hedegaard states disingenuously: “It is difficult to pinpoint exactly what may have spurred the gunman or those who may have sent him.” Well, we don’t know for certain, but it’s not difficult to work out that Hedegaard’s vile comments about “Muslim rapists” which led to his prosecution on a hate-speech charge is likely to have been a contributory factor.

Hedegaard omits to mention that part of his personal history. Instead, he performs his usual trick of presenting himself as a principled defender of free speech (whose organisation in fact bans Muslim opponents from its meetings). According to Hedegaard, his record is that of “an outspoken critic of Islamic supremacism and of attempts to impose Islamic Shariah law in Denmark and the West”.

Can we perhaps look forward to the WSJ – in the interests of free speech, of course – offering space to Eric Allen Bell to outline his views on “Jewish supremacism” and the attempts of its adherents to seize control of the media and the banking system?