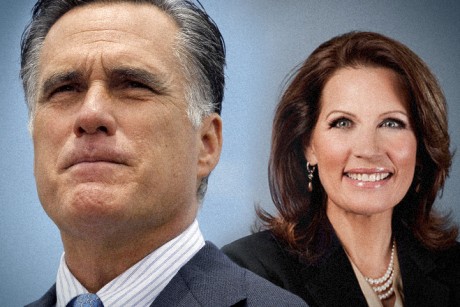 Mitt Romney held a meeting Thursday with a group of right-wing activists that included several leaders who have been vocal supporters of Rep. Michele Bachmann’s (R-MN)Islamophobic witch hunt, deepening his association with right-wing, anti-Muslim sentiment.

One of the guests at Thursday’s event was Vice President of the Family Research Council Jerry Boykin, who has a long history of Islamophobia, and once said that Islam “should not be protected under the First Amendment.” Most recently, Boykin piled on to Bachmann’s baseless indictment that top Hillary Clinton aide Huma Abedin is part of a Muslim Brotherhood plot. “I believe in some aspects of this situation there is support for the infiltration of the Muslim Brotherhood into our government, that sounds extremist but it is just a fact, it’s a reality,” he said.

Two others in attendance at Thursday’s event – American Values president Gary Bauer and Focus on the Family founder James Dobson – penned a letter to House Speaker John Boehner (R-OH) defending Bachmann’s witch hunt. In that letter, they argued there is legitimate concern about “senior federal officials or branches of the federal government could be animated or influenced by groups affiliated with, or a philosophy grounded in, radical Islam.”

Boehner ended up rebuking Bachmann and her Islamophobic effort – which is more than Romney has done. The presidential candidate has refused to condemn Bachmann saying, “I’m not going to tell other people what things to talk about.”