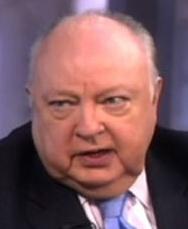 In an upcoming biography of Fox News president Roger Ailes, author Zev Chafets reports that Ailes hasn’t donated to any Muslim charities, and connects that decision to comments tying all Muslim charities to terrorism. Ailes’ brand of Islamophobia is mirrored in Fox News’ coverage, which has repeatedly tried to connect all Muslims and Muslim institutions with terrorism.

In his new book Roger Ailes: Off Camera, an early copy of which was obtained by Media Matters, Chafets describes Ailes’ charitable giving as being spread among a variety of religious charities. Despite giving to charities of various faiths, Chafets reported that Ailes has not given to any Muslim charities, quoting Ailes as saying he would only support those organizations “if they disarm” (emphasis added).

The implication that all Muslim charities are connected to terrorism is in line with the Islamophobic rhetoric that regularly appears on Fox News. Fox hosts and guests have a long history of invoking terrorism to attack Muslims and Islam.