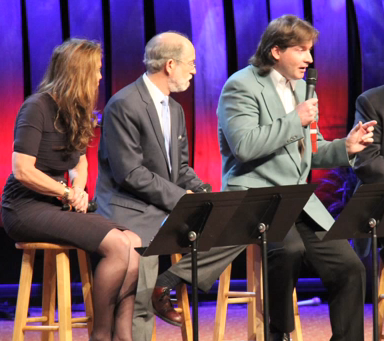 An American-Islamic advocacy group is asking Brevard County not to allow “an anti-Muslim hate group” to use a commission meeting room in Viera on Tuesday for a speech by a controversial University of Central Florida professor.

“It creates the perception of endorsement and approval by the Brevard County government of this group’s hateful views,” said Ibrahim Hooper, communications director for the Council on American-Islamic Relations [CAIR].

Jonathan Matusitz, an associate professor at UCF, is set to speak at an ACT! For Space Coast Florida meeting in a county room during a session titled “The Islamic Threat to America.” ACT! Space Coast Florida is a chapter of a national organization that warns the public of what it describes as “radical Islam.”

In June, Matusitz came under fire by the Florida chapter of the Council on American-Islamic Relations for teaching anti-Muslim bigotry. The group cited a YouTube video showing the professor sharing his “Islamaphobic” views with students. The group filed a complaint asking the university to review the content of Matusitz’s courses.

Neither Matusitz nor representatives of ACT! could be reached for comment.

Brevard commission Chairman Andy Anderson said the meeting room is in a public building funded by taxpayers and open to all groups.

“It would be like a group renting out a room at the library to hold a meeting,” Anderson said. “The room is owned by the people and is open to anyone who wants to use it. Unless there was a reason for us to stop a group from using it because of some kind of issue that would be outside the protection of the First Amendment.”

Anderson said he doesn’t “endorse or condone” ACT! And he is not involved with the group.

But Hassan Shibly, an attorney and executive director of CAIR of Tampa, said he supports freedom of speech.

“But this individual makes statements to incite violence against the Muslim community, so I think that the line has been crossed,” Shibly said. “ACT! is an extremist group no different than the KKK. And if the KKK wanted to use that room, there would be a protest.”