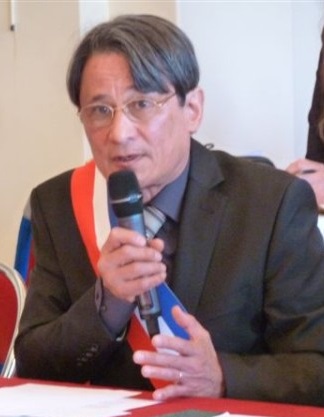 Two mothers were refused access to the beach at Wissous, Essonne, because they were wearing Muslim headscarves.

The women had taken their children to the popular summer leisure venue at the weekend, but they fell foul of a new bylaw that refuses entry to anyone wearing distinctive “religious symbols”.

Patrick Kitnais, director of the mayor’s office told Europe 1 that the women were wearing a hijab, a scarf that covers the head but does not hide the face. “The mayor was there, so he denied access to these people,” he said.

The town’s UMP mayor, Richard Trinquier [pictured], who ousted Socialist incumbent Roy Regis-Chevalier in March’s municipal elections, insisted he had applied “the law of the Republic and secularism”, in refusing entry to the two women, and said anyone wearing a distinctive cross or yarmulke would also be banned.

He said that the beach at Wissous is not a public place. It is, he said, a public establishment – and therefore it is bound by laws that prohibit the wearing of religious symbols. “If women remove their veils, they are welcome,” he said.

A 2004 law governing the wearing of conspicuous religious symbols applies only to educational establishments.

Former mayor Mr Regis-Chevalier branded the incident an “Islamophobic act”. And Abdelkrim Benkouhi, president of local Islamic association Al Madina, said: “The children were shocked and did not understand why they could not play on the inflatables like every other child. In previous years, there have been no problems.”

Representatives of Al Madina met the mayor to discuss the matter, but the two sides could not reach an agreement, Le Parisien reports. “The mayor says it is a private space. This is pure and simple discrimination,” Mr Benkouhi said. 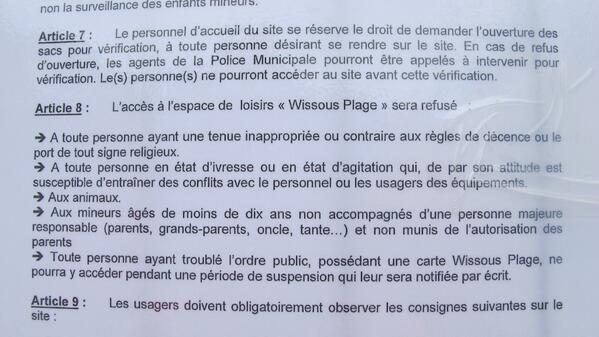