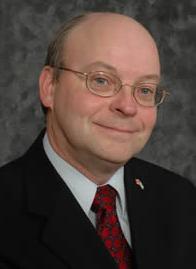 Calgarians will be tempting God’s wrath if they re-elect Naheed Nenshi to the mayor’s chair in the coming election, a mayoral candidates forum heard on Monday.

The comments were made by mayoral candidate Larry Heather, who describes himself as the Christian option on the ballot.

According to the Calgary Sun, Heather told the forum, with eight candidates present, how wrong it was for Calgarians to elect someone who took the oath of office on the Qur’an rather than the Bible, as Nenshi did in 2010.

“I firmly believe it is a mistake for Calgarians to endorse a swearing-in for office on the Qur’an. The values from that book do not produce a basis for maintaining a Western democracy,” the Calgary Herald quoted Heather as saying.

Heather went on to quote from the Old Testament a warning about destruction if people stray from God’s will, the Herald reported.

On his campaign website Heather demands: “In light of the recent Islamic terrorist Attacks does it make sense for Calgary voters to endorse a Mayor who will and has sworn into Office with his hand on the Koran?”