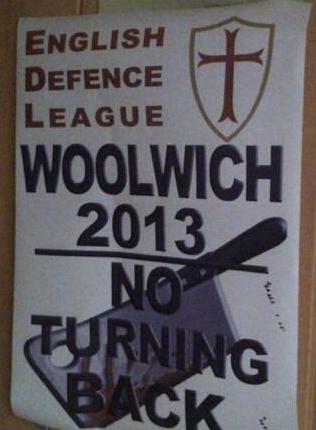 Police have arrested three people ahead of an EDL protest for allegedly making racist tweets.

Northumbria Police said two people from Gateshead and a third from Stockton, Teesside, were held earlier. The EDL has planned their demonstration for months, but the horrific murder of Drummer Lee Rigby in Woolwich on Wednesday has heightened tensions in the local community.

A counter demonstration by opponents of the EDL has been planned.

Northumbria Police said it will “allow people the right to peaceful protest, protect the safety of everyone in the city and prevent serious disorder and damage”.

Newcastle area commander chief superintendent Gary Calvert said: “We appreciate that the events in London on Thursday may have heightened community concerns about this weekend’s planned protests in Newcastle. We are constantly monitoring the situation and will continue to adapt accordingly.”

About 1,000 officers were expected to be on duty in the city centre, backed by 10 police horses on loan from the West Yorkshire force.