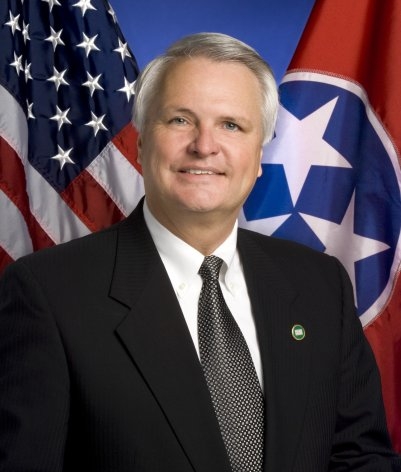 Lt. Gov. Ron Ramsey says in an interview with the student journalism program at Middle Tennessee State University that the Sept. 11 hijackers were members of a cult and he doesn’t think other Muslims are willing to call them that.

Ramsey’s comments, posted on YouTube, has earned the Republican speaker of the state Senate a rebuke from the Council on American Islamic Relations.

Responding to a question about the Rutherford County mosque controversy, Ramsey said that although “you can’t lump everybody into one bucket, at the same time there is an aspect of the Muslim religion that does advocate violence.”

He goes on to draw an analogy between Jim Jones, the man behind the 1978 Jonestown murder/suicide, and the 9/11 hijackers.

“Jim Jones in Jonestown had everybody drink the Kool-Aid. He did that in the name of Christ. Well, that’s not Christianity. That’s a cult,” he said. “And that’s what I was talking about. When they take their religion, and they distort it into something nobody meant it to be, then I don’t know what else you call it.

“The only thing that bothers me is there are some within that religion that won’t say that. I will say that Jim Jones was a member of a cult and that is not Christianity, and I wish that people would be more willing on the Muslim religion, if that is your religion, to say ‘We denounce what those people are doing.’”

CAIR told WMOT, the campus radio station at MTSU, that Ramsey seems to have missed mainstream Muslims’ statements distancing themselves from religious violence.

“Unfortunately, he seems completely unaware of the numerous denunciations of terrorism by members of the Muslim faith, and this includes a number of religious rulings – fatwas – including one issued here by scholars in the United States in 2006.”