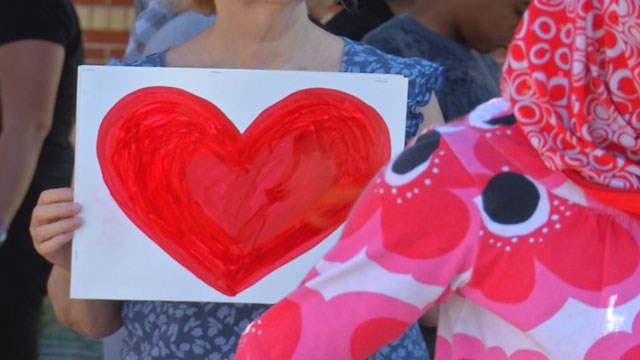 OKLAHOMA CITY – Hundreds of local Muslims were in for a surprise when they left their congregational prayer service Friday afternoon at their mosque in Oklahoma City.

A large group of Christians and those of the Jewish faith from as far away as Guthrie and Shawnee gathered and greeted those Muslims as they walked out of the mosque. Students and faculty at Oklahoma City University (OCU) organized the event.

Janet Boone works in the OCU Arts and Sciences Dean’s Office. “We were getting so tired of all the negative and all the hateful things that were being said to and about our Muslim friends,” she said.