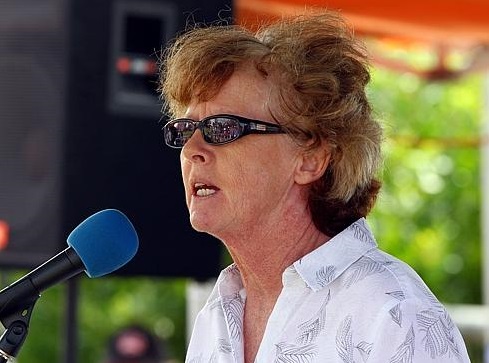 A Gold Coast City councillor says she’s been threatened with gang rape and death over a proposed mosque, and Facebook is protecting the identity of her tormentors.

Chris Robbins says she has spent several weeks trying to get the social media site to reveal the identity of the creators of the “Stop the Mosque at Currumbin” page after it used a photo of her as its profile picture, claiming she was receiving money from unspecified Islamic backers, a claim she denies.

Ms Robbins says she had to engage a lawyer to threaten the website with defamation before the picture was removed. The page remains live along with a host of anti-councillor comments from Facebook users.

Facebook has told AAP it has had no contact with any lawyers representing Ms Robbins and says the Gold Coast councillor has not begun its process for requesting data. “We respond to requests for data to police consistent with our law enforcement guidelines,” a Facebook spokesperson said.

“These guidelines also outline if and how civil litigants can make data requests.” The spokesperson said Facebook was contacting Queensland police to understand what, if any, requests for data relating to the incident had been made.

Ms Robbins says she was targeted by protesters after announcing the council had received an application to build a mosque at an industrial site in Currumbin on the southern end of the Gold Coast. “Horrific vilification, threatening all kinds of nastiness directed at me because I’d basically gone to the meeting and said council’s got an application for a mosque and we will be assessing it as we’re obliged to by law,” she told AAP.

Controversy over the proposed development has deepened after it received support at a council planning committee meeting on Wednesday. Police are investigating after death threats were made against Cameron Caldwell and William Owen-Jones, two of the five councillors who approved the planning proposal.

The Stop the Mosque page published contact details for all five of the councillors after Wednesday’s meeting, calling them “traitors” and asking followers to contact them with their views. Ms Robbins, who voted against the proposal on Wednesday, says the lack of accountability for the page’s authors is despicable and highlights how easily people can target victims through social media with little fear of consequences.

“I’m very upset that the social media platform has taken no responsibility,” she told AAP. “Facebook is allowing those individuals to hide their identity and to vilify and libel and threaten people like me. That’s OK, I can handle it, but if I’m 15? This is a terrible thing.”

Ms Robbins, who believes there are legitimate community concerns about the proposal, says a final decision on whether the mosque application gets approved will be judged on planning grounds and nothing else. A full council meeting on September 16 will decide the application’s fate.

Facebook would appear to have responded to complaints about the “Stop the Mosque at Currumbin” page, as the page has now been taken down.