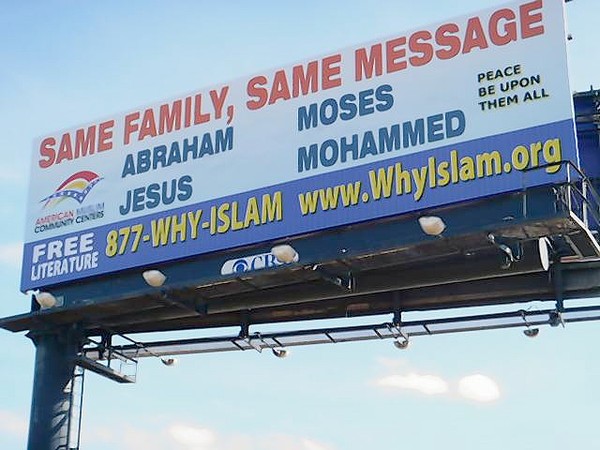 Local Muslim organizations have started a media campaign stressing the commonality of Christians, Muslims and Jews.

The billboards proclaiming “Same family, Same message” sprouting throughout the Orlando and Daytona Beach areas are sponsored by the Longwood-based American Muslim Community Centers, the Islamic Center of Orlando and the United Muslim Foundation in Lake Mary.

“In the holiday season, people are more spiritual,” said AMCC Chairman Atif Fareed. “The idea is this would be an ideal time to spread the message that we are really from the same source: one family, one message.”

The billboards, which have several different slogans, refer motorists to the whyislam.org website of the New York-based Islamic Circle of North America. The organization’s “Why Islam” campaign is intended to raise awareness and correct misconceptions about a religion many Americans associate with terrorism.

“Our goal is to reach out and start a dialogue with our fellow Americans,” said ICNA President Zahid Bukhari.