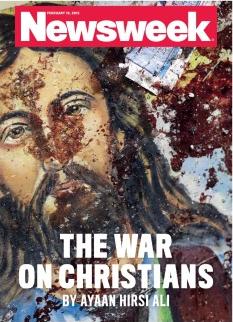 “Hirsi Ali pleads with readers that we must ‘please get our priorities straight…. Instead of falling for overblown tales of Western Islamophobia, let’s take a real stand against the Christophobia infecting the Muslim world’.

“It’s hard to know what she means; is there really some great danger that the West is doing too much to protect Muslims? The real implication here is that there is a genocide that must be stopped. That is an extremely serious charge. She fails to provide evidence to support that case, and manages to smear a major American Islamic advocacy group in the process.”