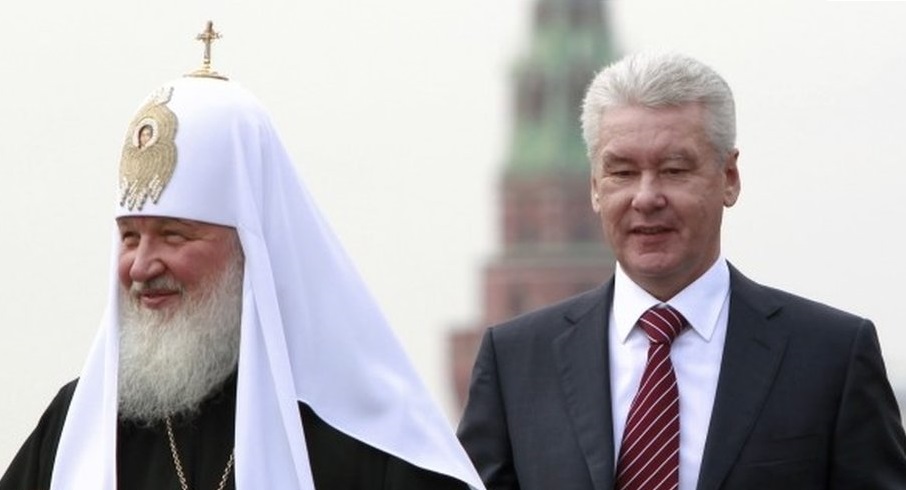 No more mosques will be built in Moscow, despite the huge crowds that swamp the city’s four public mosques on Muslim holidays, because they are mainly used by temporary workers, Moscow Mayor Sergei Sobyanin has decided.

In an interview with the daily Komsomolskaya Pravda on Wednesday, Mr. Sobyanin said that Moscow has about two million foreign residents, the vast bulk of them migrant workers from former Soviet Central Asia who are mainly Muslim. The city’s economy “could not manage without them,” he admitted.

But he insisted that the vast throngs of Muslims who fill Moscow streets and wait, often for many hours, to enter the city’s few existing mosques are mostly people who come from outside the city limits and therefore have no right to be catered to.

“Muslim believers who come on religious holidays come from other regions. Between 60 and 70 percent of them are outsiders. We cannot provide for all comers. I think it’s not necessary,” Sobyanin said.

One new mosque is presently under construction in Moscow, but that’s the end of it, he added. “No new building permits will be issued. I think that’s enough mosques for Moscow.”

Sobyanin devoted much of his interview to slamming illegal immigration, which he has warned in the past is stirring ethnic hatred among the Slavic majority in the city.

In an interview with the independent Ekho Moskvi radio station last February, he warned that problems posed by the influx of outsiders are a threat to Moscow’s stability. “Muscovites are becoming irritated by people who speak a different language, have different customs, and display aggressive behavior. This is not a purely ethnic issue, but it is connected with some ethnic characteristics,” he said.

His warning became reality last month, when thousands rioted in the Moscow suburb of Biryulyovo over the stabbing of a Russian man by a Muslim from Azerbaijan. Authorities reacted by rounding up over a thousand illegal immigrants and promising to do more to curb the influx.

But critics point out that cracking down on migrant workers does nothing to solve the underlying problem: Moscow’s economy desperately needs cheap, unskilled labor, and it’s the corruption of local police, businesses, and officials that ensures most outside workers come to the city illegally.

While Moscow has hundreds of Orthodox churches, many of them empty most of the time, there are just four public mosques within the city limits. Under its 1993 constitution, Russia has four founding religions – Christianity, Islam, Buddhism and Judaism – which share equal status under the law. Almost 20 percent of Russia’s population are Muslims, mostly concentrated in the north Caucasus and Volga regions, but also heavily and increasingly represented among Moscow’s population.

“There are not enough mosques in the city” to serve the Muslim population, says Rushan Abbyasov, chief of staff of Russia’s Council of Muftis, the official Muslim clerical body. “There should be at least eight of them.”

Experts say Sobyanin is catering to nationalists, who fear that more mosques will only attract more Muslims to Moscow.

“Sobyanin’s position is, why should we build mosques for them if they’re here illegally?” says Alexei Malashenko, an expert with the Carnegie Center in Moscow.

“But authorities should have thought about this problem long ago and moved to build at least four more mosques in different parts of the city. It’s necessary. We are a multinational state. So why do we always act so surprised when 100,000 or more people gather to pray outside one of the few existing mosques on Muslim holidays?”