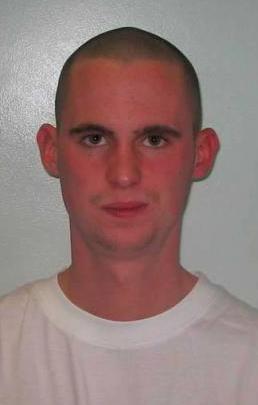 A racist thug jailed for attacking Kingston Mosque is back in prison months after being released – this time for brutally stabbing a man during a wake. David Morris knifed construction worker Edminas Samulionis at Hart’s Boatyard in Surbiton on December 13, 2012.

In what police described as a “deeply disturbing” act, Morris – who had played no part in the fight up to that point – was captured on CCTV leaving the Portsmouth Road pub and walking to his van in the car park.

He returned with a 7in blade and stabbed Lithuanian-born Mr Samulionis repeatedly, before leaving in his van at speed. The victim suffered a punctured lung and has still not fully recovered from the attack. It is understood he has since returned to his home country.

On Friday at Kingston Crown Court, Morris, 22, was sentenced to six years in prison after pleading guilty to causing grievous bodily harm. He had originally been arrested on suspicion of attempted murder.

Speaking after the sentencing, detective constable Tony Holley said: “This was a deeply disturbing result to an incident that got completely out of hand. Not only was David Morris not involved with the argument, but he had not engaged in the fighting at all, yet he took it upon himself to calmly leave the venue, arm himself with a knife, re-enter and repeatedly stab somebody who was incapacitated on the floor. I believe Mr Samulionis is very lucky to have escaped without more serious injuries, although he has still not fully recovered.”

Mr Samulionis was one of six construction workers enjoying a Christmas meal at Hart’s Boatyard at the same time as the wake, which Morris was attending. He had started a conversation with the girlfriend of another member of the wake, Liam Fernandez, who confronted Mr Samulionis.

A fight later broke out involving Mr Samulionis and colleague Mantas Zakrys, who was put in a headlock and bottled. Morris then walked to his van and got the knife before returning to stab Mr Samulionis.

Fernandez, 27, of Carnforth Close, Epsom, pleaded guilty to affray and was handed an eight-month prison sentence, suspended for two years, at an earlier hearing.

Morris, of Elm Way, Epsom, was among three men sentenced to prison in April last year for an unprovoked attack on Kingston Mosque. He had been part of a gang of masked men who targeted the mosque after a march in November 2010. He received six months for racially aggravated criminal damage, after throwing rashers of bacon over the Islamic place of worship.