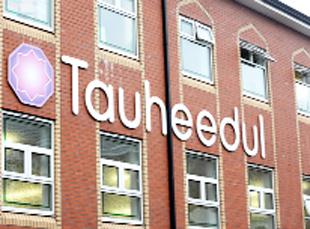 Yesterday’s Sunday Times reported: “A state-funded school in Blackburn has become the first to force its pupils to wear a hijab both in and out of class.”

The report expressed concern that the rules at the Tauheedul Islam Girls’ High School “require its 800 pupils ‘to wear the hijab outside the school and home’, ‘recite the Koran at least once a week’ and ‘not bring stationery to school that contains un-Islamic images’, such as pictures of pop stars”.

Not only that, but an antisemitic Saudi preacher is said to have visited the school. Haras Rafiq, described as “a former government adviser on the prevention of extremism”, is quoted as saying that he warned the Department for Education about this two years ago, but they ignored him.

The DfE’s response is perhaps understandable when you bear in mind that the preacher in question is no less a figure than Abdul Rahman al-Sudais, the imam at the Grand Mosque in Mecca. Al-Sudais has visited the UK on a number of occasions and has always preached a message of moderation and integration (see for example here, here, here and here).

It is also worth mentioning that Haras Rafiq is the former head of the discredited (and now thankfully defunct) neocon outfit, the Sufi Muslim Council. If the DfE ignored his advice, you can only applaud their good judgement.

As for the Sunday Times‘ shock-horror revelation about the rules of the Tauheedul Islam Girls’ High School, Richard Bartholomew points out that these have been readily available on the TES website since 2009, and so “the ST‘s scoop is based on information that has been in the public domain for at least four years”.

He also notes that the same issue of the Sunday Times features another scaremongering story (“Ex-MI5 agents target school Islamists”) which reports: “Michael Gove, the education secretary, has warned that ‘potentially extremist parents’ could be flooding the governing bodies of some schools that have large numbers of Muslim pupils. He has set up a ‘counterextremism’ unit in his department to weed out educational institutions and practices that do not conform with British values.”

As Richard Bartholomew comments: “So the story about Tauheedul also just happens to complement a government talking point. Very handy.”

In any case, the Tauheedul Islam Girls’ High School is hardly the only state-funded school to carry out education on the basis of a culturally conservative interpretation of religious beliefs. Take, for example, the Yesodey Hatorah Senior Girls’ School in Hackney.

According to its “Mission, vision and values” statement the school is committed to upholding the values of the Charedi community, including the requirement to “dress at all times in accordance with the strictest standards of Tznius (modesty), as laid down by the rabbinate of the Union of Orthodox Hebrew Congregations”. The school also states that “parents are expected to co-operate fully in insulating the children from undesirable external influences and fashion trends that conflict with Charedi Jewish values”.

But don’t hold your breath waiting for the Sunday Times to publish an exposé of Yesodey Hatorah Senior Girls’ School, or for the author of Celsius 7/7 to order an investigation into the educational practices at that institution. For Islamophobes, conservative religious values in education become an extremist and isolationist threat only when they are implemented by Muslims.

The response by the Tauheedul Islam Girls’ High School to the Sunday Times report can be read here.