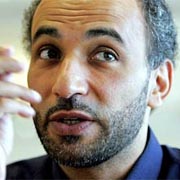 Opposition members in the Rotterdam city council are once again calling for the resignation of integration consultant Tariq Ramadan, this time because he is hosting a talk show on an Iranian TV station.

Ramadan, a Swiss Muslim academic of Egyptian descent, was hired by the city of Rotterdam in 2007 to help bridge the divide between the Muslim and non-Muslim communities. He also lectures at Rotterdam’s Erasmus university.

In April, the right-wing liberal party VVD resigned from the city executive because of its refusal to sack Ramadan following a controversy concerning homophobic statements Ramadan allegedly made. An investigation by the city executive concluded at the time there were no grounds for the accusations.

Now, three opposition parties in the city council – Leefbaar Rotterdam, the Socialist Party and the VVD – are once again calling for Ramadan’s resignation because of his collaboration with the Iranian state TV station Press TV.

Ramadan has been hosting a weekly talk show on the English-language Press TV titled “Islam & Life”. The ruling Labour party has also said that Ramadan’s work for Press TV affects his credibility, and has asked the city executive for clarification.

Leefbaar Rotterdam councilwoman Anita Fähmel said Ramadan’s “Iranian hat” proves once more that he has a “double agenda”. She said it was “unacceptable” that Ramadan is “on the payroll of the dictatorial regime of Ahmadinejad, while at the same time he preaches tolerance here in Rotterdam”.