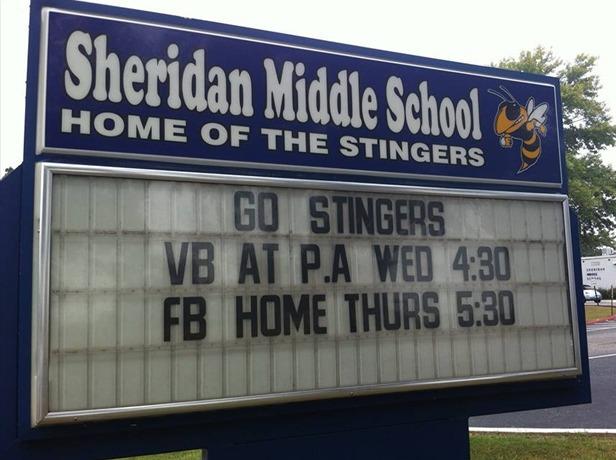 A teacher in Arkansas thought that the anniversary of the Sept. 11 attacks might be a good time to let middle school students know that not all Muslims are like the terrorists who carried out the deadly hijackings. But in the city of Sheridan, that idea didn’t fly with parents.

The superintendent of Sheridan School District was quick to point out that the school had “no thought of having this person address the classes to paint Islam as ‘a religion of peace.’” Even with that assurance, enough parents raise a ruckus that the school district told the guest speaker to stay home. According to one resident of this central Arkansas community with a population under 5,000, “there’s a lot of bigotry and hatred here.”

Apparently there are also Muslims there. The proposed guest speaker was the neighbor of one of Sheridan Middle School’s teachers. Superintendent Brenda Haynes said that the reason to bring in this unidentified person was to, “have a member of that faith inform our students that Muslims are not identical in their beliefs with regard to the use of terror.”

“We had been told that a Muslim was gonna come and speak to the children of the middle school,” said one outraged resident, Kathy Wallace. “Since that nationality was responsible for 9/11, we just didn’t feel like it was right for him to come speak on 9/11 to the American children.”

The parents who objected, Haynes said, simply misunderstood the educational purpose of the planned visit, perhaps in addition to misunderstanding that being a Muslim a religion, not a nationality. “There was not, and is not, an intention to justify, or even dilute, the facts surrounding 9/11,” the school district said in an official statement.

Not everyone in Sheridan had a problem with the idea of children hearing the thoughts of someone who belonged to a religion not their own.

“As a parent, I want my child to be able to get any type of education he could, and if they want to bring in special speakers for anything, I think that should be okay with parents,” said Sheridan resident Elizabeth Cameron. “You should want your kids to be knowledgeable and know what’s going on in the real world instead of what’s just going on here and what you want them to know.”

The local Muslim community will no doubt be gratified to know that Superintendent Haynes assured parents that “some, probably most” Muslims disapprove of terrorism.