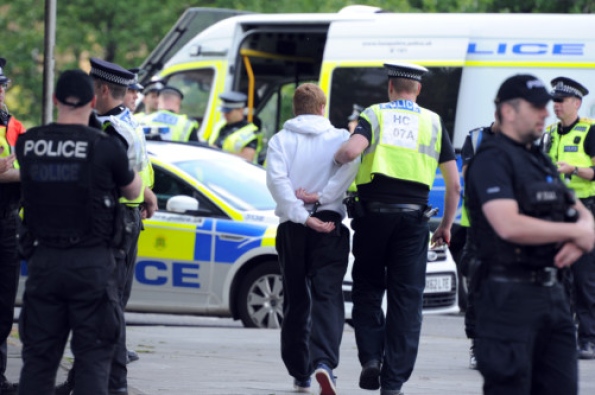 Four people have been arrested amid protests in Portsmouth, including two outside Southsea’s Jami Mosque.

Officers from Hampshire Constabulary stood guard outside the mosque, in Victoria Road North, this evening after small pockets of people expressed an intention to protest. The force says it has extra officers out on the streets to ensure protests remain peaceful and prevent disorder.

A spokeswoman for Hampshire Constabulary said four people have been arrested, including a 15-year-old boy who was detained outside the Jami Mosque for a racially-aggravated public order offence, using offensive language. Earlier in the evening, a man was detained there for a similar offence.

Elsewhere, a 24-year-old man has been arrested for a minor assault following a scuffle in Fratton Road. And a fourth man was arrested for refusing to leave a pub when police issued a dispersal order there. 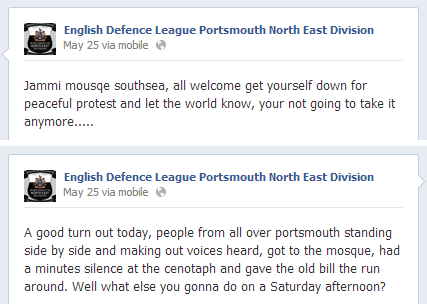