Al Jazeera has obtained exclusive material of a course taught on a US military base implying that Hamas has influenced the US government at the highest levels.

The course is called “Understanding the Threat to America.” And in it are hundreds of slides that claim to link the Muslim Civil Liberties Advocacy Organisation (CAIR) and other American Muslim groups to the Palestinian group Hamas. It was taught to senior military officers at a base in the state of Virginia.

The US military is conducting a review of all material taught to its officers after the website Wired.com exposed another course teaching anti-Islam material. One of the slides presented by Army Lieutenant Colonel Matthew Dooley says the model he is presenting presumes that the Geneva Conventions are “no longer relevant,” when fighting Muslims. It goes on to say that historical precendents of Dresden, Tokyo, Hiroshima and Nagasaki are applicable to “Mecca and Medina’s destruction.”

Dooley’s 31-page presentation entitled “‘So What Can We Do?’ A Counter – Jihad Op Design Model”, comes to some startling conclusions: “Given the factual basis of what ‘Islamists’ say they seek to impose on the world, the United States has come to accept that radical ‘true Islam’ is both a political and military enemy to free people throughout the world…. It is therefore time for the United States to make our true intentions clear. This barbaric ideology will no longer be tolerated. Islam must change or we will facilitate its self destruction.”

Dooley has since been suspended but still holds his position at the college where this material was taught. Both the courses obtained by Al Jazeera and Wired.com were voluntary courses and it is not clear if similar material has been taught in other military colleges.

So how widespread is the use of anti-Islamic material in the US military? And is the government doing enough to put an end to its use?

To discuss this, Inside Story Americas, with presenter Anand Naidoo, is joined by Ibrahim Hooper, CAIR’s national communications director; Morris Davis, a retired Air Force Colonel who served as chief prosecutor at Guantanamo Bay between 2005 and 2007; and Al Jazeera’s Josh Rushing. 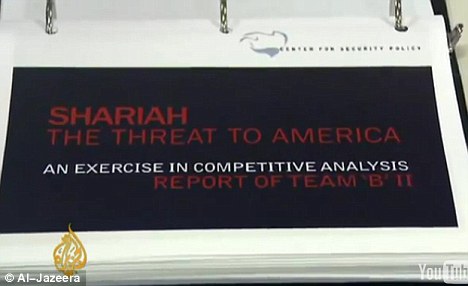 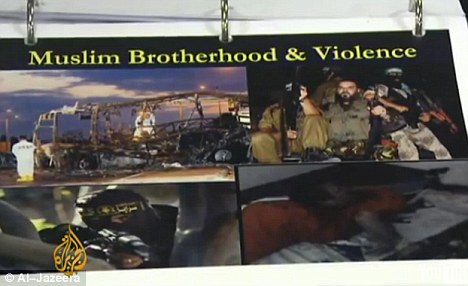 The “Understanding the Threat to America” course exposed by Al Jazeera originates with an organisation called the Strategic Engagement Group, which was in the news earlier this year over its role in teaching that course to police officers in Tennessee.