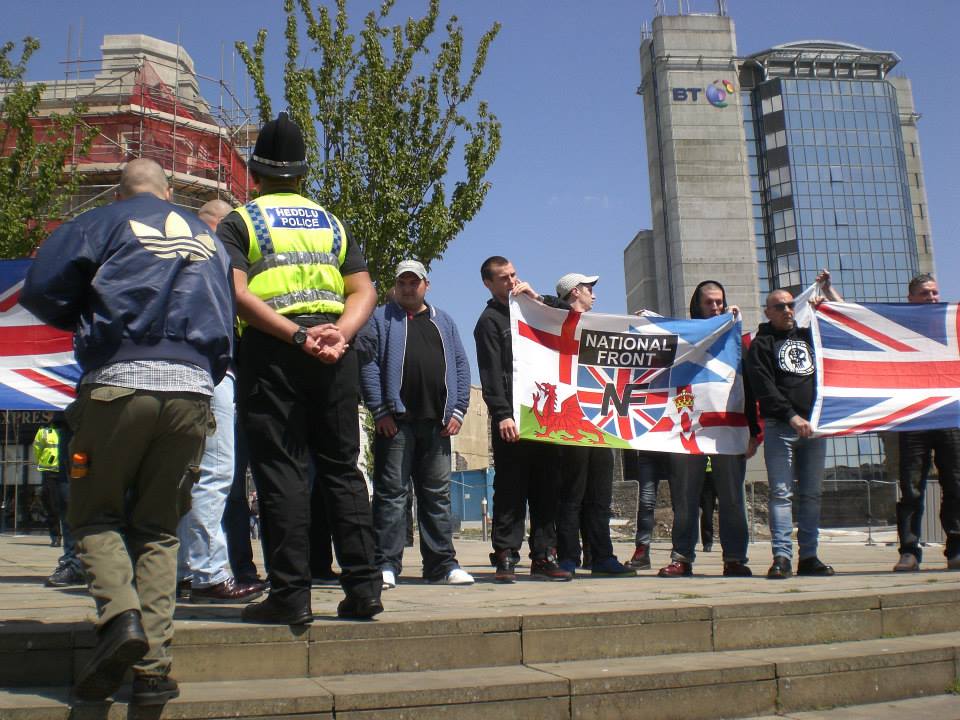 Members of the National Front held a rally in Swansea city centre this afternoon. Around 20 members from the far right group staged the meeting in Castle Square following the murder of drummer Lee Rigby in London on Wednesday. Amid a heavy South Wales Police presence, the hour-long rally passed without incident.

One man protesting against the group was National Union of Students Wales International Officer Edmund Schuessel. He said: “The extreme right was going to try and capitalise on the events of Wednesday and try and intimidate the Muslim community in Britain. This is a port city, a university city for a century. It has always been open to an international population. They want to see a return of the paranoid regression of the 1930s and 40s. They need to be actively resisted.”

Another in the square Jamie Insole said: “I saw on Facebook this morning that a lot of people were concerned that they were going to try and exploit the horror which happened in Woolwich. I think it’s a cynical attempt to raise support. The one thing I would say as there wasn’t much warning of what was happening today, there would be a big demonstration. Swansea is a tolerant city.”

According to the report on the South Wales NF website, their members were demonstrating “to show their support for our troops and to make a stand against the failed multicultural experiment”. They omit to mention another obvious motive for raising their public profile in this way, namely that the NF are contesting a forthcoming council by-election in Swansea.