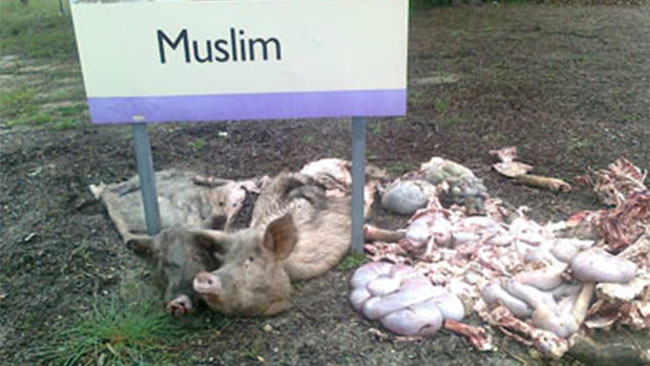 Animal carcasses have been dumped at a burial site for Islamic families in Rockingham, south of Perth. The dumped animals were found at the Rockingham Regional Memorial Park by cemetery staff on Monday morning.

A spokesman for the Metropolitan Cemeteries Board said the carcasses were removed as “a matter of urgency” and the local council and WA Police were notified. “Board staff have notified the leaders of the Muslim community of this incident,” he said. “This is the first incident of its kind at the park and it is being treated as an isolated occurrence.”

The board is urging anyone with information to contact Crime Stoppers on 1800 333 000.