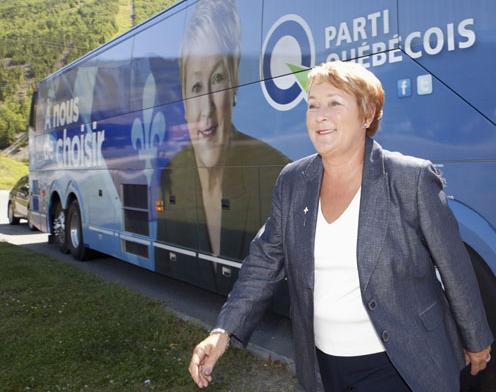 Pauline Marois is promising to end Quebec’s reasonable accommodation debate if she is elected premier on Sept. 4.

With a new Quebec Charter of Secularism, a Parti Quebecois government would seek to strike a balance between protecting the province’s values and allowing for different cultures to interact.

Under the proposed charter, civil servants would be barred from wearing any religious symbols, including the controversial wear of the hijab. The law would also prohibit citizens from refusing to be served by a member of the opposite sex.

“In Quebec, the state will be neutral. That is absolutely important. Next, the equality between men and women is a value that is not negotiable,” said Marois, at a campaign stop in Trois-Riveries.

Despite the rhetoric, the party leader said that Quebec’s cultural symbols would not be impacted, including Christmas trees and the crucifix that has hung in the National Assembly since 1936. “We’re not denying our past,” said Marois.

As with the hijab ban in French schools, the rule against civil servants wearing religious symbols would not apply to Christians wearing a crucifix necklace.