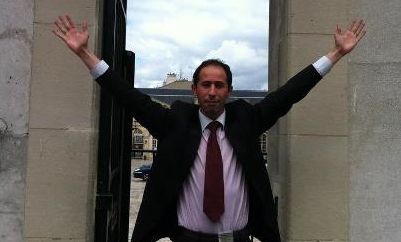 Ajib and Al Kanz report that Nouredine Rachedi, who suffered a vicious attack by two far-right thugs back in 2008, has finally secured some sort of justice. The two men who attacked him, Kevin Lamadieu et Romain Blandin, have been convicted of religiously motivated asault. They each received suspended prison sentences of 15 minths and are required to pay damages of €15,000.