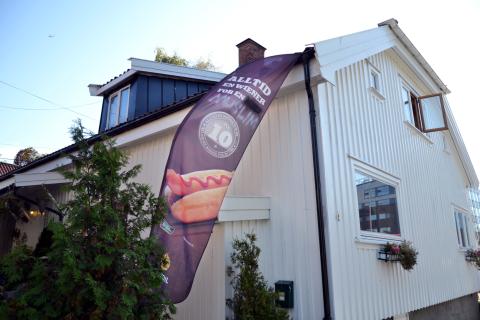 An anonymous group has threatened to unleash a campaign of mosque burnings across Norway, in an email sent last week to the World Islamic Mission Mosque. “Before 2013 is over, all mosques in Norway be burned to the ground,” the email read. “We are a group of men who have planned this for seven years.”

Ghulam Sarwar, Chairman of the Norway branch of Jamaat Ahle Sunnat, an international Muslim organisation, dismissed the threat. “I think this is just some crazies who want attention,” he told TV2.

But the email was one of a several anti-Muslim actions that took place over the last week, leading Oslo Police to arrange an emergency meeting with the country’s Islamic Council on Monday.

On Friday morning, before Muslims came to pray, a huge banner of a sausage was erected outside a mosque in Fredrikstad, with the inscription “Always a wiener for a Muslim” written on it. Then on Saturday, a severed pig’s head was found outside Norway’s largest mosque, Central Jamaat-e Ahl-e Sunnat, in Oslo.

“Many people were very angry and I am also angry,” said Mohamed Hassan, a Somali-Norwegian who was one of those who found the head. “I would never do something like that to others where they pray. They are insulting other peoples’ religion.”

“This is a result of attitudes that we have seen building for a long time,” Mehtab Afsar, the Islamic Council’s secretary general, said. “There is a sense of fear among our members who believe that this is starting to get a little serious.” 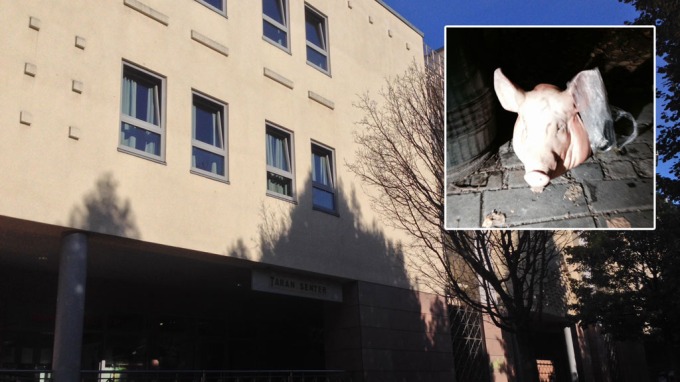