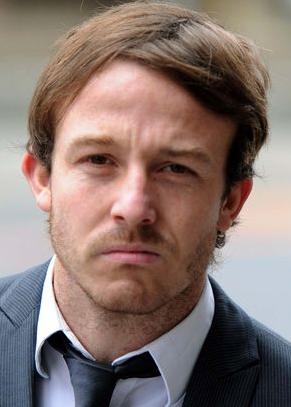 A footballer jailed for saying mosques should be “gassed out or bombed” following the murder of Lee Rigby has been arrested for a new ‘racist’ outburst.

Shaun Tuck, 27, who plays for Warrington Town FC, was sentenced to 12 weeks in prison after he admitted using Facebook to call for mosques in the UK to be “gassed out or bombed” after the Woolwich attack last year. The former Marine FC striker’s drink-fuelled online tirade also referred to beheading Muslim children and called for a riot in response to the tragedy.

Now Merseyside Police has confirmed Tuck, of Mollington Avenue, Norris Green , has been arrested again, this time over comments posted on his Facebook account at the end of March.

An initial post made on the Facebook account, which was later deleted, described how Tuck had been attacked by an “orang-utan” in a pub who punched him in the face. The comment, seen by the Liverpool Echo, read: “If you know who you are or know who it was who done that tonight then inbox me an I will come an see u first thing tomorrow an watch ye ****house ur nan is getting set on fire!”

Subsequent responses from the user account saw the man referred to as a “monkey” and said “its a good job he bailed an I couldn’t get him or I’d be on a murder charge!” Comments were also posted saying “I hope his families banana boat sinks” and “if I see him or I find out who he is then an if he has got kids there getting acid in there face”.

Police confirmed Tuck was arrested for an offence of Racially Aggravated Section 4 Public Order last month. He was interviewed by officers and released on bail until next week, pending further enquiries.

The police investigation comes as the semi-professional striker was banned by the FA from playing football until next year as punishment for the 2013 offences.

The Football Association said today Tuck will be suspended until December 31 as the governing body’s sanction for the offence committed almost a year ago. He has also been fined £500 and told he must attend an appropriate educational course after admitting 20 breaches of rule E3, which covers “improper conduct using threatening, abusive, indecent or insulting words or behaviour”.

Tuck, who has worked as a kitchen delivery assistant in Bootle, was the leading scorer at Witton Albion at the time he was jailed. The Northern Premier League Premier Division outfit said they would stand by the player when he was released from prison last August, after serving half of his three-month sentence. In a public apology he denied he was racist and said he was sorry for bringing shame on the club, before scoring a late winning goal on his return to the team.

However he was sacked by the Northwich club only days later after breaching an agreement he had signed not to use social media by making derogatory comments about opponents FC United of Manchester on Facebook.

He then made a controversial return to Skelmersdale United, the team he left to join Albion in 2012 – attending a cup game at Witton in a Skelmersdale tracksuit, before he had officially resigned for the Evo-Stik Premier side.

Following a short spell at the West Lancashire College stadium he signed for Conference North team Vauxhall Motors at the start of this year. This was after a move to Welsh Premier League side Bangor City is understood to have collapsed at the final hour due to opposition from the team’s supporters. But when the Motormen decided to resign from the Football Conference because of financial problems, he made a switch to Warrington Town in March – his fourth team of the season.