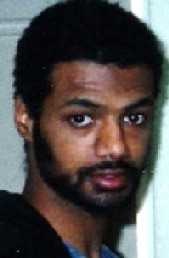 MI5 participated in the unlawful interrogation of a British resident now held in Guantánamo Bay, the high court found yesterday in a judgment raising serious questions about the conduct of Britain’s security and intelligence agencies.

One MI5 officer was so concerned about incriminating himself that he initially declined to answer questions from the judges even in private, the judgment reveals. Though the judges say “no adverse conclusions” should be drawn by the MI5 officer’s plea against self-incrimination, they disclose that the officer, Witness B, was questioned about alleged war crimes under the international criminal court act, including torture. The full evidence surrounding Witness B’s evidence, and the judges’ findings, remain secret.

The MI5 officer interrogated the British resident, Binyam Mohamed, while he was being held in Pakistan in 2002. Mohamed, 30, an Ethiopian national, was later secretly rendered to Morocco, where he says was tortured by having his penis cut with a razor blade. The US subsequently flew him to Afghanistan and he was transferred to Guantánamo Bay in September 2004 where he remains.

In a passage which appears to contradict previous assurances by MI5, Lord Justice Thomas and Mr Justice Lloyd Jones concluded: “The conduct of the security service facilitated interviews by or on behalf of the United States when [Mohamed] was being detained by the United States incommunicado and without access to a lawyer.” They added: “Under the law of Pakistan, that detention was unlawful.”

Asked last month about unrelated allegations involving detainees held in Pakistan, the Home Office said on behalf of MI5: “All security service staff have an awareness of the Human Rights Act 1998, and are fully committed to complying with the requirements of the law when working in the UK and overseas.”

It added that the security and intelligence agencies “do not participate in, solicit, encourage or condone the use of torture or inhumane or degrading treatment”.