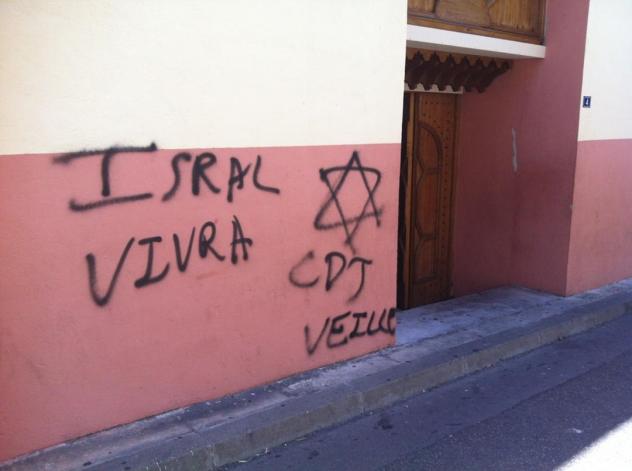 The Collectif contre l’Islamophobie en France reports that graffiti has been sprayed on the wall of the Muslim Centre of Marseille by the extremist Jewish Defence League. The slogans, which read “Israel will live” and “JDL is watching”, are accompanied by a Star of David.

The CCIF points out that for several years it has called for Muslim places of worship to be protected as well as Jewish places of worship. When he was minister of the interior, Manuel Valls stated that this was under consideration. But nothing has been done since.

It should be added that the JDL leadership in Paris has denied that the organisation was involved. They argue that their members would be able to spell the name of Israel correctly. But then, judging by experience here in the UK, spelling has never been a strong point of the far right. Nor is this the first time that a French mosque has been defaced with Jewish Defence League graffiti.