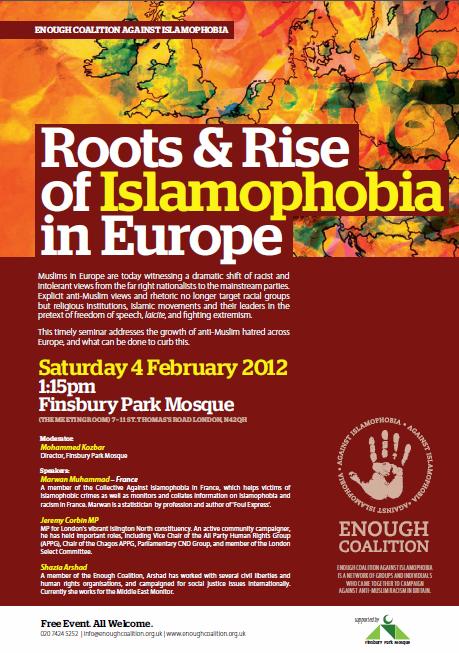 How secularism is used to attack Muslims in France

In the difficult times we’re going through, you might think French politicians would be focusing all their energy on saving jobs, stopping the financial crisis or solving the housing problem.

Apparently there is something more important than facing these problems. Something that requires all citizens’ attention: the banning of any Islamic religious signs from the public sphere.

It all started in the 1990s. At that time, there was some controversy about some Muslim teens wearing the hijab at school. A few politicians tried to forbid it, but at that time the State Council, the supreme legal authority in the country, made it clear a ban would contradict the most elementary freedom of faith.

But in March 2004, with a lot of help from mainstream media showing persecuted Muslim housewives at dinner time, these politicians succeeding in passing a law which banned any religious symbols in public schools.

More recently, in 2010, the government passed a law banning the niqab from any public place, putting the discrimination of Muslim women at the core of their definition of “laïcité”, or secularism.

“Laïcité” is a typically French concept established in 1905 to separate religion from the state. It was designed to guarantee freedom of faith and avoid government intervention in religious affairs (and reciprocally, avoid religious pressures on government policy).

Unfortunately, this idea has been manipulated in order to deny minorities their right to express their religion in any physical form, in a quest for “neutrality”. This new interpretation aims at banning any religious expression from the public sphere and is mainly targeted at Muslims.

Islamophobia infects all political parties. Both left wing and right wing politicians resort to it in order to send electoral messages to those (mainly on the far right) who perceive Muslims’ visibility in France as a problem. Only the arguments used differ: conservatives claim that Islam is not compatible with the traditional Judaeo-Christian European identity and that Muslims need to assimilate into the pre-existing model. Left wingers come to the same conclusion from a different angle. They concentrate on women’s rights and the threat of allegedly backward religious practice, even though conservative religious groupings like the Taliban do not exist in France.

The stigmatisation of Muslims has a direct effect on hate crimes and discrimination against Muslim men, women and institutions. In 2011, the Collective Against Islamophobia in France documented more than 250 cases, and the list is still being updated. Peaks in hate crimes against Muslims coincide with national campaigns spreading Islamophobic propaganda, whether it is the right wing’s “national debate on Islam” or the left wing senatorial bill on banning the hijab even in the private sector.

We have now reached a point where Muslims’ safety in France is no longer guaranteed, and this raises a whole new set of questions for the upcoming presidential elections. Muslims will have to face their responsibilities and decide for themselves if they want to continue to watch their own demise or if they want to protect their rights and take part in building a more open and progressive France.

*Marwan Muhammad is a member of the Collective Against Islamophobia in France, which helps victims of Islamophobic crimes as well as monitoring information on Islamophobia and racism in France. Marwan is a statistician by profession and author of ‘Foul Express’.