That’s the headline to an article in today’s Sunday Telegraph, which resumes the paper’s hysterical campaign against the Law Society’s supposed complicity in the Islamification of the UK. As before, Baroness Cox is quoted as an authority. And what illustration did the Telegraph choose to accompany their report? Yes, it was the one below, of a group of Anjem Choudary’s supporters. 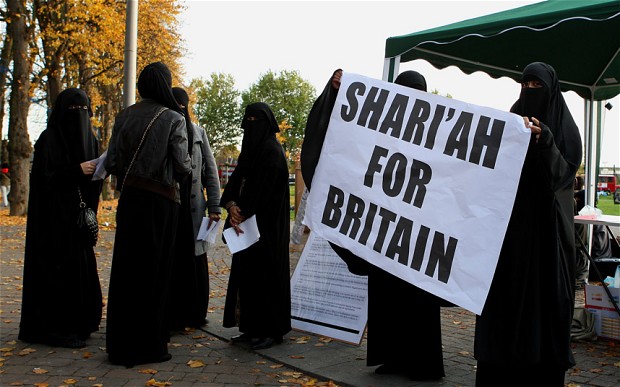