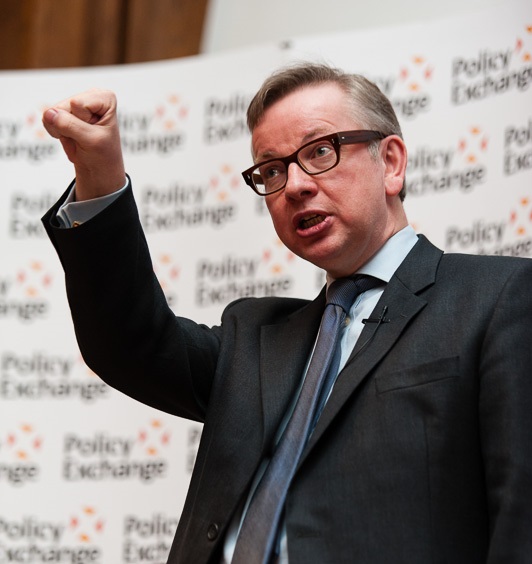 Michael Gove has called for a “robust” defence of liberal values in the face of the challenge from Islamist extremists. The education secretary said it was essential that extremists were denied a platform in schools and other public institutions to push their agenda.

Speaking on BBC1’s The Andrew Marr Show, Gove defended his decision to appoint the former Scotland Yard head of counter-terrorism to lead the investigation into the so-called “Trojan horse” plot by Islamists to take over schools in Birmingham.

Gove acknowledged that his decision to appoint Peter Clarke, formerly the country’s top counter-terrorism officer, to head the Trojan horse inquiry had been controversial, but said he believed it was correct. “The view that I took was that if you have a police officer of unimpeachable integrity to do these investigations, if people at the end of this process are cleared, given a clean bill of health, that is the most effective way of ensuring that public confidence can be restored,” he said.

Gove told Andrew Marr: “When we talk about Islamism, that particular form of extremism, the prime minister was very clear in the speech that he gave at the Munich Security Conference in 2011 that there are thinkers, people like the founder of the Muslim Brotherhood, Hassan al-Banna, Sayyid Qutb, and Maududi the founder of the Jamaati movement in South Asia, who take traditional Islamic doctrines and twist them into a political message, which they seek to impose.”

“Islamist extremism is a political ideology supported by a minority. At the furthest end are those who back terrorism to promote their ultimate goal: an entire Islamist realm, governed by an interpretation of Sharia. Move along the spectrum, and you find people who may reject violence, but who accept various parts of the extremist worldview, including real hostility towards Western democracy and liberal values.”

Whatever Cameron meant by this, Gove’s position is quite clear. He misrepresents mainstream Islamists, whose distinguishing feature is precisely their commitment to the democratic process, as extremists who pose a threat to democracy.

Gove asserts that it is necessary to ensure that these proponents of democratic Islamism “should be not in a position where they can use … the public square in order to push their views”. Some defence of “liberal values”.