That was the headline to a report in yesterday’s Daily Star Sunday (the headline has since been amended to remove the reference to “ghetto culture”, although this remains in the article itself).

The inflammatory subheading, which suggests that there is a connection between adverts for rooms to rent and violent extremism, reads “Homes are being illegally advertised for rent to ‘Muslims only’ yards from where soldier Lee Rigby was killed.”

The Star even included photos of the adverts, without bothering to blank out the phone numbers, with the predictable result that the English Defence League has been encouraging its supporters to ring up and harass the Muslim landlords. 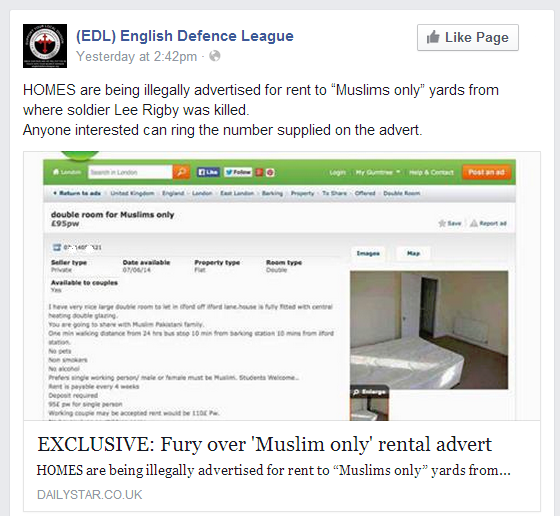