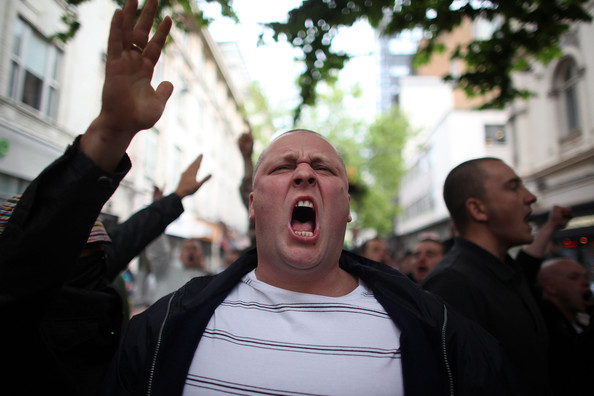 The emails follow verbal threats and intimidation aimed at photographers covering a march by the English Defence League in Leeds at the weekend and other EDL protests this year. Professional journalists covering the events have filed reports with the NUJ detailing physical violence, including one being punched in the head, verbal threats, and attempts to seize cameras and smash equipment. The union is to file complaints to the police.

Jeremy Dear said: “These are not idle threats made by kids – these are direct, named threats made by individuals who can be traced – in one case an individual already convicted of stabbing someone. They are designed to silence the media and stop photographers showing the true nature of the protests and protestors. The police must act now before a journalist is killed or seriously injured”.

Jason N. Parkinson said: “It is ironic the English Defence League claim they are protesting ‘peacefully’ against Muslim extremism. Then late Saturday night, after returning from covering the Leeds protest, I receive a threatening email from one of their Welsh and English division organisers entitled ‘Fatwa’. This is exactly the behaviour and tactics of extremism the EDL claim they are against.”