Salma’s appreciation of the support she received was soured by the revelation that an EDL supporter with the Facebook identity of Steve Littlejohn had posted threats against both Salma and Unite Against Fascism joint secretary Weyman Bennett.

He wrote: “if that salma yaqueb’s there, cut her fucking throat, rip weyman bennets teeth out with pliers and carve edl across all the asian scum who try and attack us”. 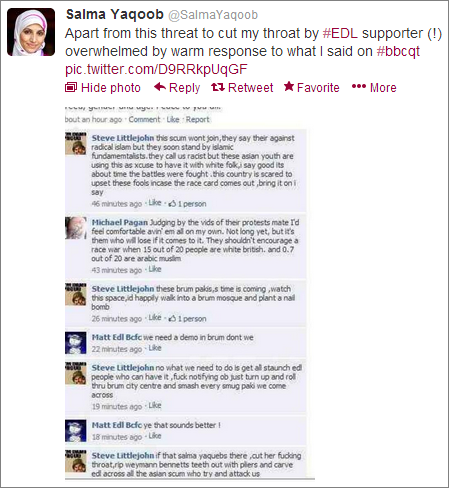