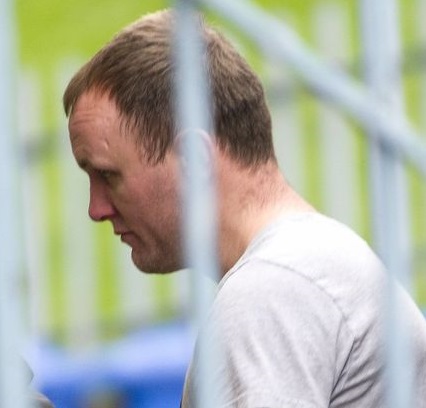 A former soldier has been banned from every mosque in Wales and England after attempting to attack his local mosque following the murder of drummer Lee Rigby in Woolwich.

The life-long ban was made as part of a CRASBO imposed on John Parkin, who drank 15 pints after he heard about the murder in London – then decided to try and burn down his local mosque. Parkin stuffed tissue into a bottle of beer and attempted to light it at the mosque in Rhyl.

Today he was jailed for 18 months and given an indefinite criminal anti-social behaviour order (CRASBO) was made under which he must not enter the mosque at River Street in Rhyl. It also bans him from entering the curtilage of any mosque in England and Wales.

Judge Niclas Parry told Parkin, 27, of Towyn Way West, Towyn, that he was “an inherent racist” who was prepared to act as such and was a high risk of harm. “There was a depressing inevitability that people such as you would claim that the tragic events involving Lee Rigby would be some form of justification for what are nothing less than the acts of bigots and yobs,” he said. Parkin’s disgraceful and sickening conduct was an affront to decent society, he said. Those tempted to behave in such a shameful way had to be deterred, he added.

Parkin had blamed medical problems as a result of his army service. “But the plain fact is that you acted as you did because you were drunk,” the judge told him. After 15 pints, in the presence of others, he made it clear that he wanted to buy a bottle to ignite the local Islamic cultural centre “that forms part of your local community.”

The judge told him: “You purchased a bottle, you purchased tissues, you inserted the tissues into the bottle and walked into the ground of the mosque where you made persistent but unsuccessful attempts to light the tissue.” He then walked off leaving the bottle on the wall when he saw the blue lights of the police approaching. “On arrest you began to abuse the police about the problems of this country, accusing them of betraying this country. You even had the temerity to suggest your example should be followed about how people should be taught about Muslims. You are an inherent racist prepared to act as that. You are a high risk of harm to a certain part of this community.”

He had pleaded guilty and the judge said the reality was there was no real prospect of a fire. “But these shocking offences offend decent society which looks to the court to deter such offences,” he said.

Parkin admitted threatening to burn down the mosque and a charge of religiously aggravated disorderly behaviour on May 25.

Prosecutor David Mainstone said that night Parkin went to a Rhyl nightclub and was refused entry after telling staff :”I just need a bottle of strong alcohol to burn down the mosque.” He moved on to a shop and bought a bottle of Corona beer. CCTV operators had been alerted by the club’s door staff and police officers arrived when he was in the grounds of the mosque. He was monitored on CCTV as he tried to light the tissue. Arrested and cautioned, the asked officers: “Do you like Muslims?”

Mr Mainstone said he had made a “serious threat” to burn down the mosque and uttered anti-Moslem and inflammatory remarks. Parkin repeatedly told police he did not like Muslims. He even said that police protected Muslims instead of the English, protested that people were being locked up for standing up for their country, and that the police should protect the UK, and not “f****** Muslims”. While awaiting to be booked into detention, he told officers: “That is what you think about Lee Rigby.”

Interviewed, he said he was drunk and could not remember what he had said. But he conceded those were the kind of things he would say because he said those were his views and he was entitled to have them. He claimed those views extended from his experiences in the army.

Andrew Green, defending, said that it was an aggravating feature that it was a repeat of previous behaviour. “What lies behind these offences is his use of alcohol and a pattern of thinking that he struggles to shake off,” Mr Green explained. They came in the wake of the London tragedy, his response was to drink 15 pints and that led to his behaviour. In the weeks before the offences, his mental health had deteriorated but since he had been in custody and prescribed medication, he was far more calm and stable.

During the previous incident near the mosque referred to above, when Parkin threatened to blow it up and shoot Muslims in the head, he told police he was a member of the English Defence League.

Hope Not Hate adds: “Parkin was also a member of The Combined Ex Forces (CXF) an EDL splinter group and told anyone who was prepared to listen that he was an ex serviceman who had served in Bosnia and Iraq. But, in reality Parkin had never left the country or seen active service after he was thrown out of the army in disgrace after an incident with drugs.”