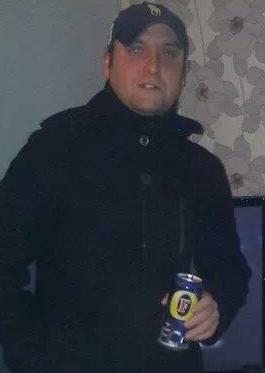 A member of a far-right group nailed a copy of the Koran onto a pub which is due to be transformed into a Muslim education centre.

Graham French also wrote “EDL” on the wall of former Melrose Arms in Shotton Colliery – which has been the centre of demonstrations by the English Defence League in the village, after planning permission to change the use of the building was granted.

Since buying the property, local businessman Kaiser Javeed Choudry has been a repeat victim of crime, Peterlee Magistrates’ Court heard. Prosecutor Vicky Wilson said there had been great opposition to the plans and Mr Choudry’s property had been targeted with spray paint and windows had been smashed.

Ms Wilson said on December 14, EDL had been daubed twice in white paint on the building, causing £500 of damage, and an open Koran had been nailed onto a wooden board covering a window. She added: “Police took the Koran for forensic analysis and found several links to the defendant, including a palm print on the page.”

She told the court that information on Facebook showed French, of Dene Crescent, Shotton, is a member of a group called the Shotton Defence League. When French was arrested, he said it was a “revenge attack” after he was followed home from the pub one day by a female wearing a Burka.

A statement from Mr Choudry said: “The whole situation has got me upset. We are trying to improve the building and make the area better.”

French pleaded guilty to causing racially or religiously-aggravated criminal damage. Jaxon Taylor, defending, said the damage involved “a small amount of graffiti” and disputed that it could have cost £500 to fix. The case was adjourned until February 12 for a report to be prepared about French.

Chairman of the bench, David Carr, said: “Not only is the daubing of the words racially aggravated, but the nailing of the Koran to the wall makes it even worse.” French was bailed on the condition that he does not contact Mr Choudry.

The Shotton Colliery centre was the target of two EDL demonstrations, in January and November last year, and French was an enthusiastic participant in both