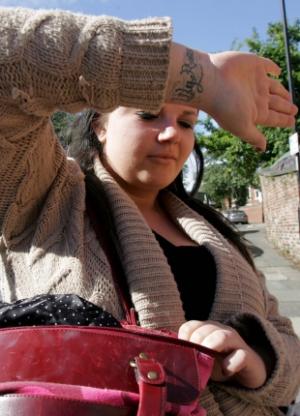 A single mother said to be a member of the English Defence League (EDL) has admitted her part in an incident which saw racist remarks daubed on buildings including a mosque.

The teenager, from Aylesbury, in Buckinghamshire, was charged after slogans were spray-painted on the Nasir mosque, in Hartlepool, and the Albert Guest House and Milko store, in Shotton Colliery, County Durham, on November 16, last year.

No charges were formally put to Ms Davies yesterday but Jane Waugh, for Ms Davies, said her client would be pleading guilty on an agreed basis. That basis would include that whatever she suggested was not carried out, she said.

Ms Waugh asked for a pre-sentence report be compiled on Ms Davies – a request agreed by Judge John Evans, who adjourned her case to be heard at Durham Crown Court in the week beginning Monday, October 3, and granted her unconditional bail until that date.

The judge told Ms Davies: “Your case is now adjourned to the week of October 3. It’s adjourned for a pre-sentence report, which will be prepared on the basis you intend to plead guilty. The fact that I’m admitting you to bail must not be taken by you as any indication of your sentence.”

At the time of her arrest, Durham Police said Ms Davies claimed to be a member of the EDL, a far right protest movement.