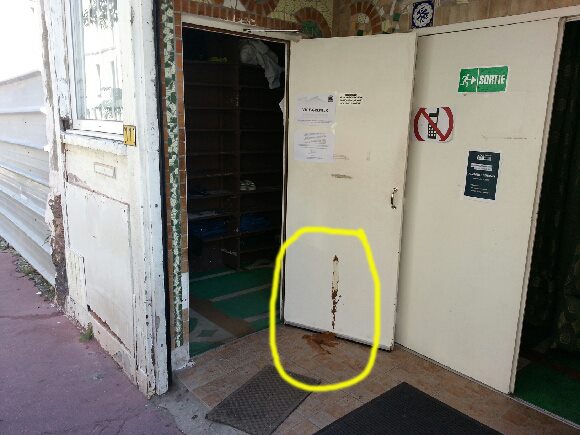 Al-Kanz reports that this afternoon, while worshippers were at prayer, dog excrement was thrown at the door of a prayer room at Montrouge, in the suburbs of Paris.

Al-Kanz points out that Montrouge has been the site of a conflict between the local Muslim community and the mayor, who attempted to close down the same prayer room, which is the only mosque in the town. (Via LoonWatch)