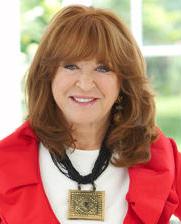 Crime writer Lynda La Plante has attacked the BBC’s commissioning policy, claiming the corporation’s drama team would rather take a script by a “little Muslim boy” than one she had written.

La Plante, the creator of Prime Suspect, the award-winning detective series starring Helen Mirren, told the Daily Telegraph she found the BBC drama commissioning process “very depressing”. She said: “If my name were Usafi Iqbadal and I was 19, then they’d probably bring me in and talk.”

La Plante told the Daily Telegraph: “If you were to go to the BBC and say to them, ‘Listen, Lynda La Plante’s written a new drama, or I have this little Muslim boy who’s just written one’, they’d say: ‘Oh, we’d like to see his script’.”

See also “Muslim writers say La Plante attack on BBC is ‘insulting'” in the Independent. Sarfraz Manzoor is quoted as saying that La Plante should “get that chip off her shoulder and return to the real world rather than playing the misunderstood victim in the fantasy world in which she is currently residing”. He added: “I would love to meet the Muslim writers whose output is currently clogging up the television schedules: can she name any of these mythical individuals or are her comments simply a headline-grabbing way to yet again bash the BBC and blame Muslims?”