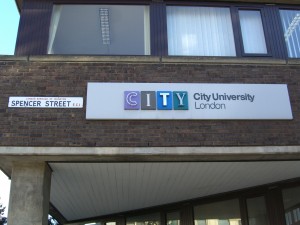 The three men arrested last November after attacks on City University Muslim students will not face court proceedings. According to a police spokesperson, charges have been dropped “due to insufficient evidence and a lack of witnesses coming forward.”

The three men, aged 17, 18 and 19, were arrested and released on bail until 4 January. The conditions of bail, stating the men were not to go within 100 metres of the university or to contact any City students or prosecution witnesses, are no longer enforceable as they have expired.

At the time the police said that they were treating the attacks against members of the university’s Islamic Society as racially aggravated.

It remains unclear whether the police continue to carry out extra patrols around campus. The incident on 5 November started near the university’s Gloucester Building which houses the Muslim prayer room. Fighting then continued on St John Street where the students were attacked with sticks and poles by a group of 30 white and black males.

Although the security services at the university were unaware of this development, Richard Mansfield, Security Services Manager, said that “there is no intelligence to suggest” that whoever was responsible for the attack would try to seek revenge. He added that he did not believe there was added threat to students.

For details of the November attacks, see Islamophobia and Anti-Muslim Hate Crime: a London Case Study by Jonathan Githens-Mazer and Bob Lambert.