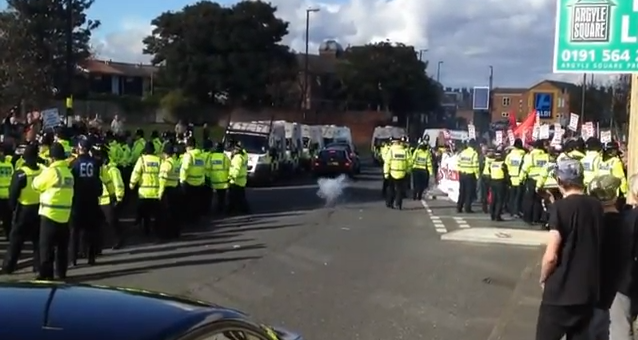 Police have charged 13 people after a demonstration at the site of a new mosque in Sunderland turned violent, as far-right groups including the EDL clashed with local Muslims and anti-fascists.

Around 200 people attended the pre-planned demonstration on St Mark’s Road in Millfield on Saturday, October 6, 2012, where a former council transport depot is being converted into a mosque for up to 150 Pakistani Muslims.

All those who have been charged are banned from attending any demonstrations in Sunderland or entering St Mark’s Road or Chester Road.

Cf. the earlier report by Spark and the comment by Gary Duncan of the Sunderland Anti-Fascist Coalition.