The Association for Dutch Moroccans, which represents 368,000 people of Moroccan origin in the Netherlands, said on Thursday it would file charges of discrimination against Wilders and appealed to others to do the same.

Ahmed Charifi, the association’s chairman, said Wilders had crossed a legal boundary by targeting a specific group of people. “This has a huge impact on the community and I hope a judge will see that. He crossed a line and to be honest it’s a bit frightening,” he said. “It raises images of a man in the 1930s with a moustache in front of a microphone,” Charifi said, referring to Adolf Hitler in pre-World War Two Germany.

Prime Minister Mark Rutte of the Liberal party said the incident left “a foul taste in my mouth.” “All those people in the country who want to make a positive contribution, I do not care where they come from. All that matters is their future, he said on Dutch television.

It was the second time in a week remarks by Wilders have caused a public backlash. He told supporters in The Hague last week they should vote “for a city with fewer problems, and if it’s at all possible, a few fewer Moroccans.” 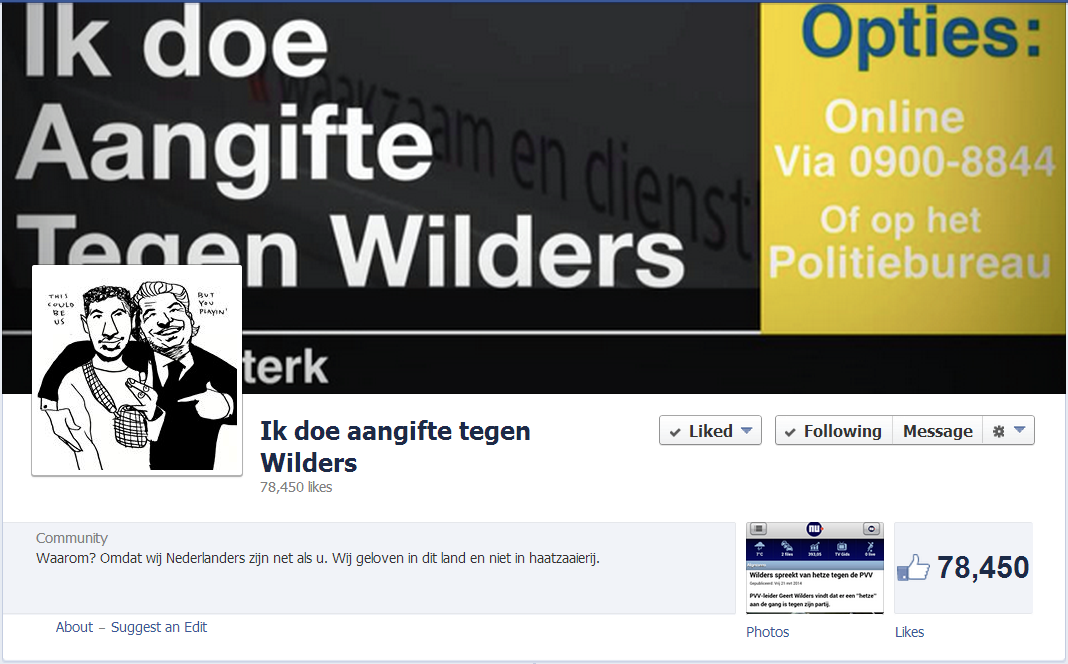