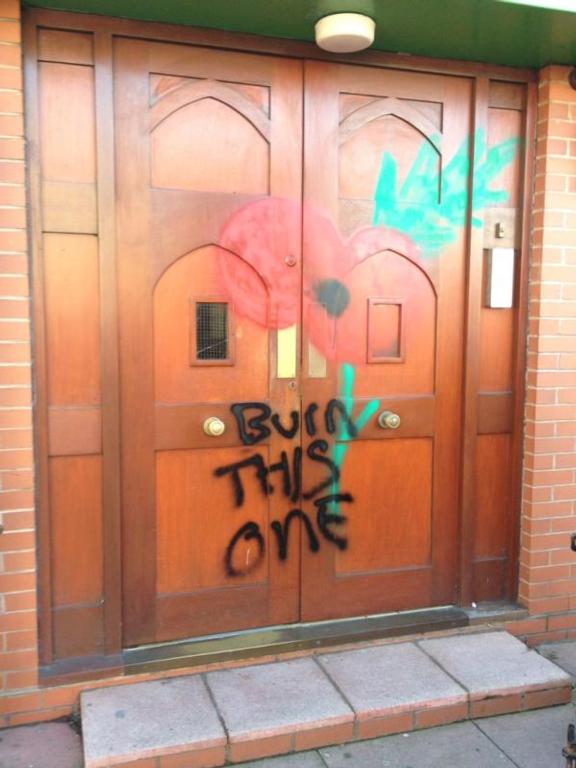 The Masjid-E-Umar in Darlaston, West Midlands was vandalised on the morning of Remembrance Day in what is suspected to be a hate crime in retaliation against the fifty Muslim individuals who took part in burning poppies on Remembrance Day 2010.

The attack occurred between the hours of 7:30am and 11:00am. The suspects were said to have jumped over the locked gates and spray painted a graffiti image of a poppy on the mosque door with the text “Burn this one” to signal the mosque as an adherent to the poppy burning incident.

CCTV was in operation outside the mosque but no footage of the perpetrators had been captured.

Police arrived on the scene shortly after 12pm and patrolled the area for the remainder of the day. The graffiti was removed but the mosque door was damaged.