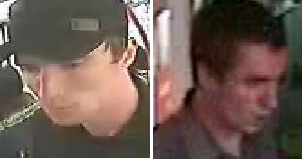 Police have today (Wednesday) released pictures of a man they urgently want to speak to in connection with the attack on the Aisha Mosque in Walsall last month.

The images – released to the public as part of a major investigation by the West Midlands Counter Terrorism Unit – show a man, believed to be white, in his 20s or 30s and of slim to medium build.

Parts of a device were recovered from the vicinity of the Rutter Street mosque after worshippers alerted police to suspicious items found nearby. Local residents reported hearing a loud bang shortly before prayers late on the evening of Friday 21 June.

Officers from the West Midlands Counter Terrorism Unit have since been conducting a large and detailed investigation which includes the recovery of many hours of CCTV pictures from the area and beyond.

A 75-year-old man from Walsall arrested on 27 June in connection with this investigation has been eliminated from enquiries and faces no further action.

Detectives urgently need to identify the person in these pictures.

If you see this man you are urged not to approach him but to call 999.

Assistant Chief Constable Marcus Beale appeals to the public for their assistance here.