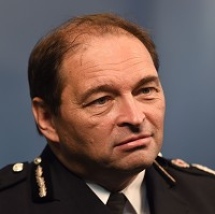 One of Britain’s most senior police chiefs has attacked Michael Gove’s decision to appoint a counter-terrorism expert to investigate claims of a Islamist plot to take over schools in Birmingham.

Peter Clarke, who served as head of the Metropolitan police’s counter-terrorism unit and led the investigation into the 7/7 London bombings in 2005, has been asked to examine claims made in an unsigned and unverified document, circulated in Birmingham and beyond, boasting of an plot named Operation Trojan Horse.

The alleged plotters claimed to have “taken over” secular state schools in Birmingham, ousting non-compliant heads and governors and running the schools on “strict Islamic principles”.

Sims told the Guardian that the letter that sparked the controversy could be a hoax and was not being treated as a criminal matter. He said Clarke’s appointment made it appear as though the saga was being officially handled as a counter-terrorism issue.

Asked whether he thought the appointment may damage community relations, Sims said: “It must be a concern. People could be made fearful if they think that is the way this issue is being perceived.”

He added: “Peter Clarke has many qualities but people will inevitably draw unwarranted conclusions from his former role as national co-ordinator for counter-terrorism. I am a strong supporter of open and inclusive education for all children in Birmingham and across the West Midlands and am committed to the process adopted by Birmingham city council with educational and social inclusion at its heart.”

Clarke’s appointment as education commissioner also revealed tensions between the Department for Education (DfE) and Birmingham city council, which on Monday announced its own independent adviser to look into the Trojan Horse claims, working alongside two separate panels made up of MPs, councillors, police and faith groups.

Dismayed at Gove going over his head, the leader of the council, Sir Albert Bore, said Clarke’s background could “undermine the confidence of our communities”.

“At first sight, today’s announcement of an independent commissioner is a missed opportunity to strengthen our co-ordinated approach to addressing these very serious matters. Peter Clarke will need to give careful consideration to building a strong relationship with us and, given his recent counter-terrorism responsibilities in London, ensure that his investigation does not undermine the confidence of our communities,” Bore said.

Twenty-five schools in Birmingham are now under investigation following more than 200 complaints received by the city council. Despite reasonable evidence suggesting the plot letter is a hoax, it has sparked debate in the city, with far right groups looking to capitalise while some prominent Muslims claim the allegations are baseless and rooted in Islamophobia.

West Midlands police are investigating fraud claims linked to a primary school named in the Trojan Horse letter but decided the letter itself was not a criminal matter. The force was therefore surprised when Gove, without seeking their advice, appointed Clarke to look into the matter.

A DfE source said only Clarke had the remit to examine claims at both local authority-run schools and academies. Of the 15 Birmingham schools that have recently undergone emergency Ofsted inspections at Gove’s behest, “six or seven” were academies for which the council had no responsibility, said the source, adding that Clarke was “used to carrying out sensitive inquiries under the glare of publicity”.

Gove said the allegations “need either to be substantiated and firm action taken, or to be shown to be baseless. We cannot allow uncertainty for parents or pupils to persist.”

He said: “Peter Clarke brings a wealth of relevant skills and experience, and is very well placed to lead a fair and thorough assessment of the evidence, and report back to me. We expect he will work closely with Birmingham city council. No pupils should be exposed to extremist views or radicalisation while at school. I have tasked Peter Clarke with getting to the bottom of these allegations, so schools in Birmingham can continue the excellent progress that so many have been making.”

Clarke is due to report back with his findings in the summer. Ofsted is not expected to publish inspection reports into the 15 Birmingham schools until after Easter.

Since the Trojan Horse letter came to light, anonymous whistleblowers have claimed that boys and girls have been segregated in classrooms and assemblies, sex education has been banned, non-Muslim staff have been bullied and, in one case, that the teachings of a firebrand al-Qaida-linked Muslim preacher were praised to pupils.

The allegations in the Trojan Horse letter focus on the Park View Educational Trust, which runs three schools in the city, all of which have had snap Ofsted inspections in recent weeks. The school trustees have firmly denied all the claims, branding the allegations a witch-hunt and pointing to very good academic results among its pupils.