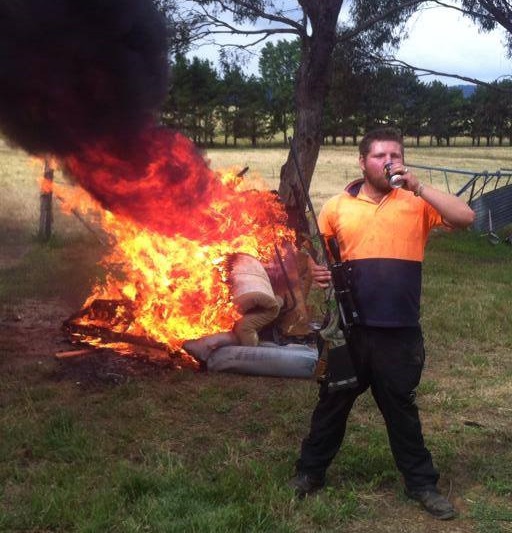 The local head of an Australian “patriots” league allegedly spat on a Canberra driver after monitoring the activities of a local Islamic centre this week, police say.

Aaron Raymond Dudeck, 21, is accused of spitting on the man’s cheek and calling him a “Muslim c—” after their cars collided in Canberra’s south about 8.45pm on Monday, the night of the Sydney Lindt cafe siege.

Police believe Dudeck, also known as Aaron Hudson, is the president of the ACT branch of the Patriots Defence League, an organisation claiming to defend the Australian “way of life”.

He was allegedly driving in the car park of the Canberra Islamic Centre in Monash. The court heard suggestions he was acting on directions from the league’s Sydney branch.

Police say he was watching the centre, a focal point for the local Islamic community, to establish whether it was operating as a mosque or a library. Dudeck allegedly overtook the victim’s car as it approached the exit of the centre’s carpark. Court documents suggest Dudeck later slammed on his brakes, and the car behind him crashed into the rear of his vehicle.

Dudeck is accused of getting out of his car, walking up to the other man’s window, and saying: “Look what you have done you f—ing idiot, you stupid idiot, you Muslim c—.” He then allegedly spat through the man’s open window. Dudeck called police after the crash, allegedly telling them: “If he says one more word, I will knock him out, useless f—ing Arab c—.”

Dudeck was arrested the next day and appeared in the ACT Magistrates Court on Thursday. He pleaded guilty to an offensive behaviour charge, but not guilty to common assault and driving while disqualified.

No mention of the Lindt siege was made in court or by police, and Fairfax Media does not allege any link between the Sydney ordeal and Dudeck’s actions.

Magistrate Peter Dingwall said an inference could potentially be drawn that Dudeck deliberately caused the crash.

Police allege he has guns at his property south of Canberra, and told the court of his extensive criminal history in the ACT and interstate. The court heard Dudeck’s Facebook profile picture showed him holding a gun. Police say Dudeck also tried to get the details of the crash, which would have given him the victim’s name and address. Police refused to hand the details over.

The prosecution opposed bail, arguing Dudeck was at risk of failing to appear or reoffending.

But Mr Dingwall granted him bail on strict conditions, imposing a curfew and restrictions on approaching any mosque or the victims. He acknowledged police had concerns for the safety of “unknown persons” if Dudeck was released. He also expressed concern about Dudeck’s association with the Patriots Defence League, but said: “I have to be careful not to overreact to his association with that body.”

Police told the court the alleged victim held “grave concerns” for his safety. The man’s son sat in the car during the alleged incident.

Dudeck has been barred from being in the ACT unless working, in court, or meeting with his lawyers. He will reappear at a later date. 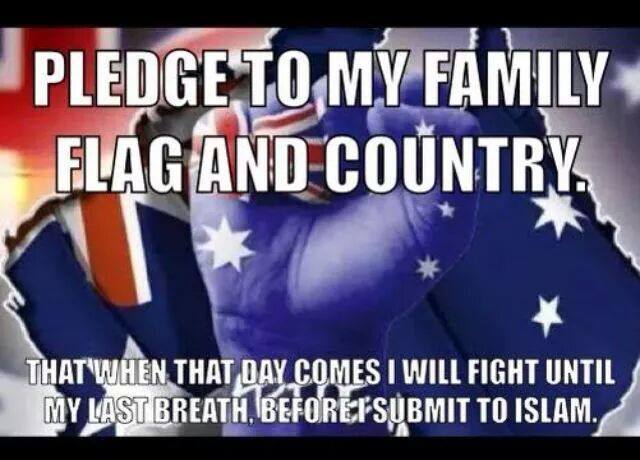