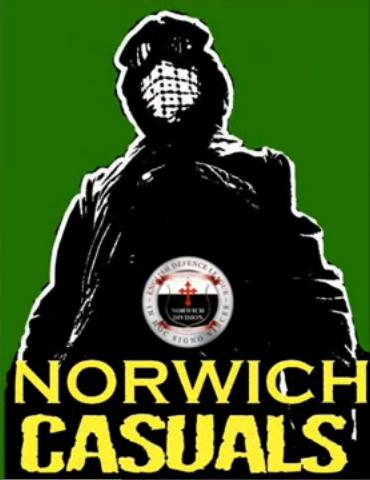 Meetings of the controversial English Defence League have been banned at a Norwich pub after a string of complaints.

About 45 members of the group, which is associated with violent demonstrations, have met at the Marlpit pub in Hellesdon Road. No trouble was reported and another meeting was booked for last weekend. But after complaints about the meetings from an anti-EDL group, the pub’s owners, Enterprise Inns, banned the EDL and the meeting was cancelled.

A spokesman for Enterprise said the licensee had been “reminded of their obligations”. She said: “We have spoken to the publican, who we understand has instructed pub staff to ensure no further meetings of the English Defence League are hosted at the Marlpit pub.”

It it understood the pub agreed to let the EDL hold the first meeting, but after receiving emails complaining, Enterprise Inns urged the landlady to not allow any more meetings.

Green Party councillor for Wensum ward, Lucy Galvin, said she was concerned by the EDL activity in the area. She said:

“Norwich has a long and proud tradition, stretching back centuries, of welcoming people of many faiths. The Marlpit pub is a friendly local where people get along well. There’s no room here for groups which seek to set people against each other and cause trouble.”

The Norwich division of the EDL, which has 75 members on its Facebook page on the internet, is also planning a march through Norwich on October 20.

On its website, the EDL lists the banning of Reverend Alan Clifford of the Norwich Reform Church from using a market stall on Hay Hill as one of the reasons for its planned march. The church was banned from using the stall by Norwich City Council after a complaint it was publishing “hate-motivated” leaflets.

No doubt the EDL will claim that their exclusion from the Marlpit pub is an outrageous attack on their right to free speech. That, of course, is not a right the EDL extends to its political opponents. Earlier this month the EDL joined with neo-Nazi groups to attack a “Stuff the Jubilee” party in Newcastle. And last August the EDL’s football hooligan section Casuals United boasted that they had prevented an SWP meeting from being held in Norwich.