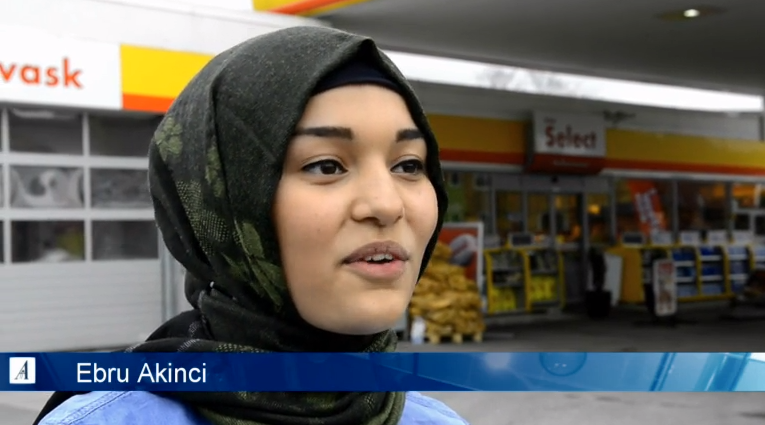 Senior management in western Norway have issued an apology after asking a female staff member refrain from using her hijab at work.

The incident was sparked off after Upper Secondary School pupil Ebru Akinci was called into the manager’s office at a Shell petrol station in Stavanger last week.

She had just started her new part-time job that day following a short period of training when general manager Sigve Grønnestad posed the question.

“I asked if it was okay for her if she did not wear her hijab during her working hours here. She answered me that she would think about it,” he tells regional paper Stavanger Aftenblad.

Mr Grønnestad adds he discovered his actions were at fault after he had consulted company policy more closely.

“I apologise for having done this. We have uniform rules here, and both I and the company are careful to ensure that employees follow it. However, I checked this afterwards, and [found] there is nothing that indicates that she cannot wear hijab.”

According to 17-year-old Ebru Akinci, Mr Grønnestad indicated that her wearing the religious headgear was an issue, however.

“He said the fact I use a hijab is a problem. He said I had to choose: either I took off my hijab, or I quit. I said ‘but you were aware that I used the hijab [before I started here]’.”

“’Yes’, he said, but he had hoped that I would not come to work with it,” the teenager reports.

“The company has nothing against the hijab,” states Øistein Revheim, general manager of Convenience Shop AS, which runs the petrol station and several others in agreement with Norske Shell.

“We have had staff at Shell stations at Mariero and Vardeneset, amongst others, who have worn a hijab. She is welcome to work with us, and I will contact her tomorrow to issue an apology,” Mr Revheim concludes.