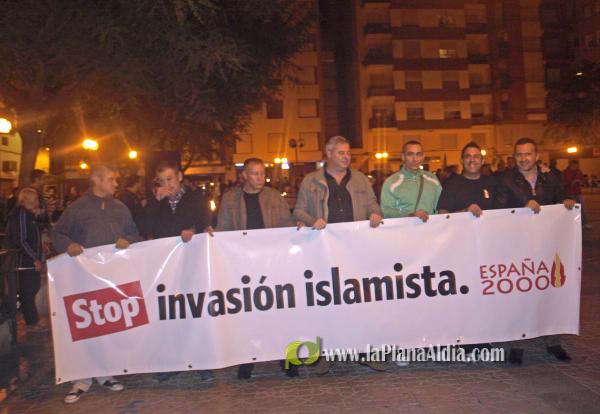 Yesterday’s edition of Newsnight had a report by Paul Mason on how the economic crisis in Spain has assisted the growth of the far-right group España 2000.

He visited the town of Onda in eastern Spain where España 2000 organised an anti-mosque demonstration in November 2011 and the Islamic centre was the victim of an arson attack in September this year.