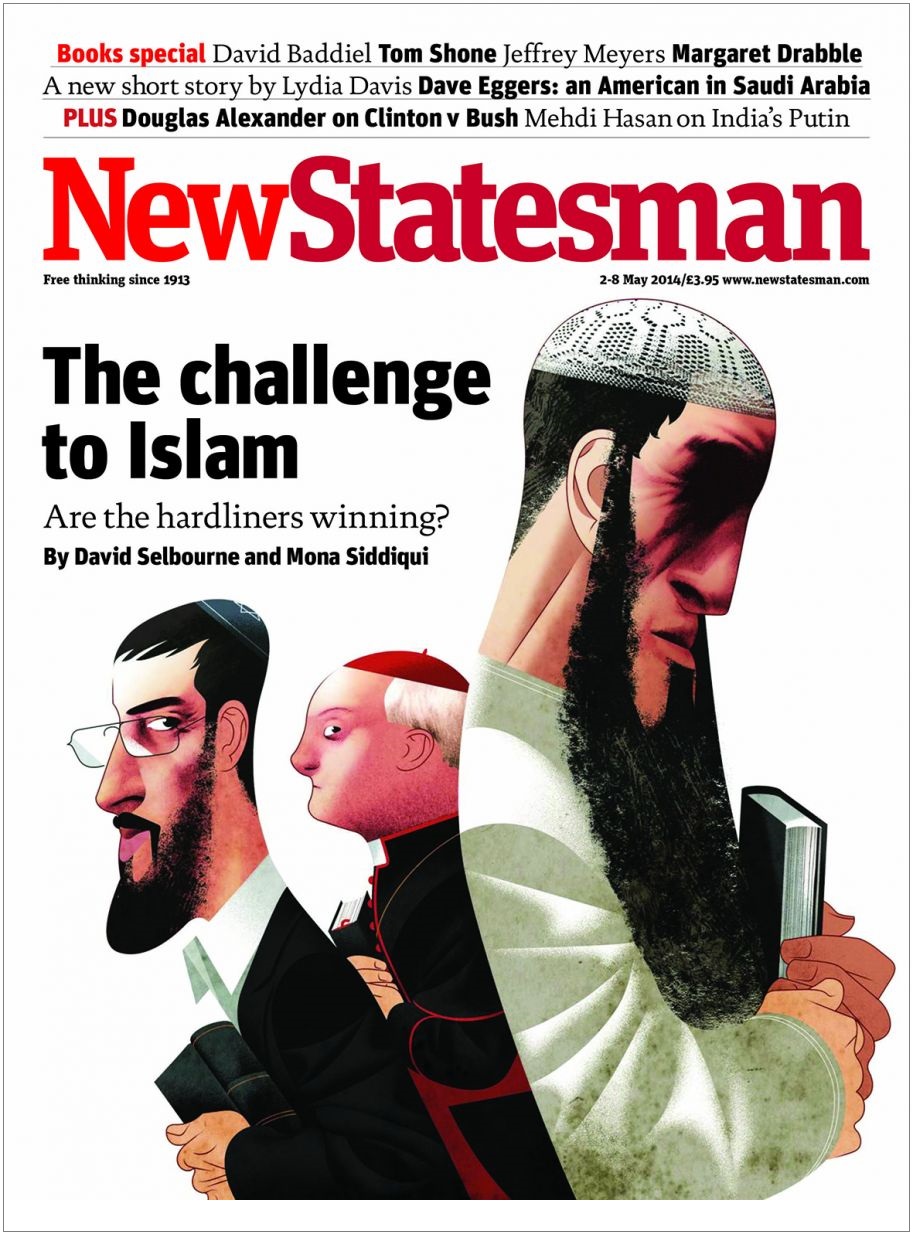 Following the publication of his 2005 book The Losing Battle With Islam, David Selbourne wrote a briefing paper for John Kerry. In the current issue of the New Statesman he rehashes its arguments.

Summarising the advice he gave to Kerry, Selbourne sets out a list of the West’s failures in responding to Islamic aggression:

“Among them are the failure to recognise the ambition of radical Islam; the failure to condemn the silence of most Muslims at the crimes committed in their names; the failure to respond adequately to the persecution of Christians in many Muslim lands; the failure to grasp the nature of the non-military skills that are being deployed against the non-Muslim world – skills of manoeuvre, skills in deceiving the gullible, skills in making temporary truces in order to gain time (as in Iran); and, perhaps above all, the failure to realise the scale and speed of Islam’s advance.”

“If things continue like this”, Selbourne says he told Kerry, “the history of our age may one day be written under a caliphate’s supervision.” Quite where Iran would fit into that is unclear.

Alas, it would appear that Kerry failed to heed Selbourne’s warnings, and the current US administration continues to appease Islam: “President Obama’s stances, however well intentioned, have made their own contribution to the Islamic renaissance. Or as he expressed it in a speech in Cairo in June 2009, America and Islam ‘share common principles … of justice and progress, tolerance’ – tolerance? – ‘and the dignity of all human beings’.”

In Selbourne’s view, the fact that Obama has pursued a rather less aggressive policy towards the Muslim world than the neocon-inspired administration of his predecessor has only encouraged Islamic expansionism:

“In the face of Obama’s risk-aversion (or idleness), Islamists make no bones about their aspiration for ‘mastership of the world’, as Mohamed Badie, the Muslim Brotherhood leader, put it in December 2011. Muslim (and not merely Islamist) disdain for ‘the west’ is also growing…. Such confidence, or arrogance, is easily understood. For these are times in which conversions to Islam in western countries are accelerating. Today, one-quarter of humanity is Muslim. It is a proportion that is rising steadily, making possible a Muslim majority in Russia, for example, by the century’s end.” (Muslims currently make up 14% of the Russian population.)

Airily dismissing “the parrot-cry of ‘Islamophobia'”, Selbourne complains that “the muezzin’s call to an increasingly ardent faith grows more insistent throughout the Islamic world” and “weapons and warriors are in constant movement in Islam’s cause across dissolving national boundaries”, while “the naive see jihadists as a minority of ‘fanatics'”. They are joined by “the illusionists of every stripe, with their unknowing, simplistic or false descriptions of Islam as a ‘religion of peace'”, when in fact the Qur’an itself provides the inspiration for terrorist violence – “read the text yourself, and you will see that jihadists can find plenty justification for the acts they commit”.

According to Selbourne, it is western left-wingers who hold a particular responsibility for the failure to resist the Islamic threat:

“To the aid of Islam has also come the betrayal by much of today’s left of its notionally humane principles, as Christians are assaulted and murdered (shades of what happened to the Jews in the 1930s) and their churches desecrated and destroyed from Egypt to the Central African Republic, from Iran to Indonesia, and from Pakistan to Nigeria…. So where is the old left’s centuries-long espousal of free speech and free thought? Where is the spirit of Tom Paine? The answer is simple. It has been curbed by frightened self-censorship and by the stifling of debate, in a betrayal of the principles for which ‘progressives’ were once prepared to go to the stake.”

There is little to distinguish Selbourne’s diatribe from the sort of thing that appears on “counterjihadist” websites. Islam and “radical Isam” are used interchangeably, it is a faith that inspires violence, terrorism is a product of its religious texts, Muslims fail to condemn atrocities carried out by their co-religionists, demographics and conversion will result in Islamic domination of the West, and the political correctness of the left obstructs a recognition of these realities. Yet Selbourne’s article hasn’t been published at FrontPage Magazine but by a leading journal of the left – and in an atmosphere of rising anti-“Islamist” hysteria that it can only serve to exacerbate.

True, the New Statesman has also published a reply to Selbourne by Mona Siddiqui. But she is far too soft and accommodating, and concedes that conservative interpretations of Islam are partly responsible for terrorism. This is hardly an adequate response to Selbourne’s Islamophobic rant. In any case, would the New Statesman think it acceptable to publish a comment piece by a raving antisemite, as long as this was accompanied by an article stating that not all Jews are trying to take over the world?