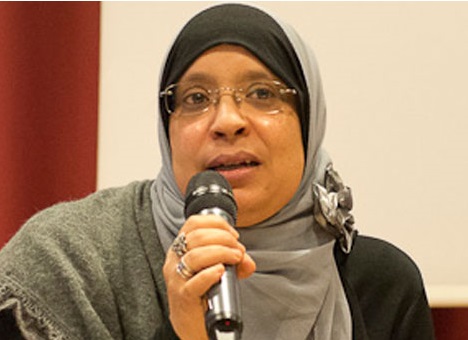 Italy’s first Muslim councillor says she is fleeing the country after a series of death threats, in the latest example of racism suffered by the country’s non-white public figures, from politicians to football players.

Aicha Mesrar, 45, resigned from her post as local councillor for the Democratic Party in Rovereto, in the northern Trentino province, saying she feared for her children’s lives.

The Moroccan-born politician, who has lived in Italy for 23 years, has been an active and effective community liaison worker, according to local media. She was the first woman to wear a veil in the city hall. The city’s Mayor, Andrea Miorandi, had hailed her appointment as president of the local Open City cooperative.

On announcing her resignation, however, she said: “I cannot always live under escort. I have no fear and it is not the fault of the people of Rovereto, but of some. I leave with pride, satisfied with everything I have done, what I did and what I received.” She has not said where she intends to move to.

The threats against her have come in the form of anonymous letters. The police, who have provided special protection for councillor and her family for two years, are investigating where they may have come from.

Mayor Andrea Miorandi, a political ally of Ms Mesrar, has also been threatened due to his backing for a Muslim cemetery and a mosque to be built in the city, according to Il Fatto Quotidiano newspaper.

Bruno Dorigatti, the head of the provincial government, expressed his alarm at the news. “If Aicha Mesrar, an extraordinary example of commitment towards building bridges between cultures – in Rovereto and Trentino – decides to abandon her post and even leave the country, then everyone should be concerned,” he said. “If she has to give in to intimidation and anonymous threats it means that Trentino has yet to defeat the dangerous disease of intolerance.”

But the immigrant-bating Northern League, many of whose politicians have aimed racist abuse at non-whites living in Italy, mocked Mr Dorigatti’s comments. The party’s regional secretary, Maurizio Fugatti, said: “This isn’t the impression of many people in Trentino who themselves feel discriminated against by the supply of public subsidies to foreigners.

“So we won’t accept lessons about tolerance from Ms Aicha Mesrar. We don’t know why she’s leaving Trentino.

“Certainly, we won’t be lacking in foreigners like her, who’ve come to this province as guests and exploited Trentino’s social services then ungratefully stabbed Trentino’s citizens in the back.”